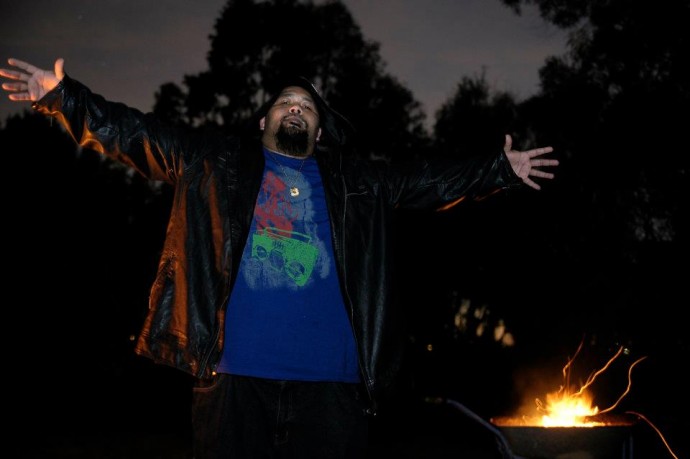 His music tells the tales of the hardships he’s faced and the triumphs he’s seen, not only personally but the adversity and success of Aboriginal people. His name is Tera, and now he’s taking that message to Canada.

Tera, whose real name is Willis Yu but other pseudonyms include Mr Indigenous and Big Wil, is an MC born in Broome, WA. He’s of Yawuru/Bunuba and Noongar/ Balladong descent and has been writing music for 10 years but has only recently begun recording and performing.

Last Tuesday he boarded a plane to Canada to perform at Hip Hop in the Park – a week long music and culture festival that celebrates Hip Hop Appreciation Week and endorses musical expression in a positive way.

“I feel pretty blessed and honoured to be able to [perform] especially being a black fella, too. I get to go over and represent,” he says.

“I heard about it last year and got offered to go over but that fell through. They hit me again this year and said, ‘We’re looking to have people that want to be involved in our festival and event,’ so I sent them some of my music and said, ‘I’m willing to come over and be a part of it’.

He says he has been immersed in the hip hop culture from the age of 10. Breakdancing, African American rappers, and movies portraying the hip hop lifestyle all played a part in influencing him but it was a family member who kick-started Tera’s fascination with the subculture.

“I think the biggest influence I had was one of my uncles – my mum’s cousin who was a few years older than me – I sat at my kitchen table one day and he actually rapped a song about Captain Cook to me about colonisation,” he says.

“Everything before that was all coming from the USA so that was the first time I ever heard one of my own people rapping about things that affected us and were real to us. That was probably my biggest influence in stepping into it.”

Studying at ABMUSIC in Waterford, WA, Tera discovered that many of his Aboriginal peers didn’t have a platform to have their music heard. This inspired him to start Blow “N” Up – an all Indigenous hip hop showcase held in Perth that allows anyone and everyone to get stage time.

“It’s something that I thought needed to happen for our community in WA – the young Indigenous people getting their voices and stories out because I noticed that in their music. It’s always good to know what’s going on with the youth and how they see things and I think through music, that’s what they project. It’s important to get that out in any way we can,” Tera explains.

When Tera returns to Australia he will continue to work on his mixtape ‘Back to Reality’ which is set for release at the end of the year, his yet to be named debut album which is three quarters of the way done and looking at a 2015 release, as well as his exclusive single ‘I Won’t Stop’ that will be dropped this year through Overseaz Records, an independent record label based in Geneva, Switzerland. All his upcoming projects feature both domestic and international artists.