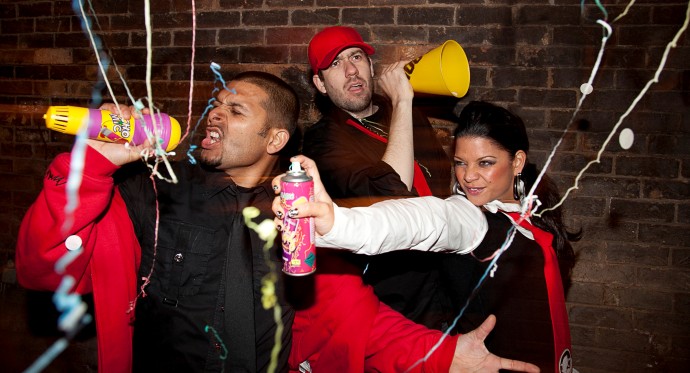 As well as working on their new album, TLK are hoping to raise money for The Hunger Project

After a well-deserved break from performing, The Last Kinection (TLK) is back. Refreshed, creative, and inspired, they are laying down some tracks for their new album and ready to help raise money for a noble cause, and a very real and unwelcome problem.

Among supporting acts such as Gambirra, Jacquie Lomas, Dawn Laird, Sambafrogs, and Business Chicks, TLK will own the stage at The Great Northern Hotel in Newcastle later this month to spread the word about extreme poverty and hunger in an effort to raise money for The Hunger Project.

“We get involved in a lot of things and especially community based stuff. We know a lot of people that are involved in that kind of thing and our hearts are in it, you know,” says former half of Shakaya and TLK’s leading lady, Naomi Wenitong.

The Hunger Project adopts a grassroots approach, tapping into the empathy, kindness, and donations of the well-off in the plight to end famine in India and Africa by training men and women to become self-reliant and to improve the conditions of their communities.

Naomi, who was the season three host of Move it Mob Style®, says that although not everyone can make a huge donation, everything helps and “anybody and everybody” should come along to show their support and hear some great music.

“With really big problems in the world you feel like you have no control and you can’t help, or whatever, but there are ways that you can. For us, it’s to be part of this gig and to raise money because it’s all going to help – everything will help,” she says.

“It’s really important for us to be involved in stuff like this. We don’t have a great deal of funds to help ourselves but we can be involved in the music part.

“Raising awareness, and doing what you can to chip in, is the main goal of the gig.”

Due to their rigorous schedule, the trio haven’t had much of a chance to perform together; what with Naomi taking her first real break since her Shakaya days and being in the middle of buying a house, Joel Wenitong being a fourth year medical student, and DJ Jay Tee travelling to country performing with various acts.

But now that things have quietened down a bit, the group are beginning to get back to the music, working on their third album and letting the music flow as they want. Naomi says that ultimately the music will be a product of their feelings, experiences, and creative passion that will hopefully please their fans.

“Now it’s all fresh and who knows what’s going to come out of it, that’s the exciting part, you just sit down, drop a few beats, and see what comes out.”

‘Hip Hop for Hunger’ will be at the Great Northern Hotel, Newcastle, NSW, from 8pm on Saturday 24 May. For more information on the event and acts, including ticketing, click HERE.