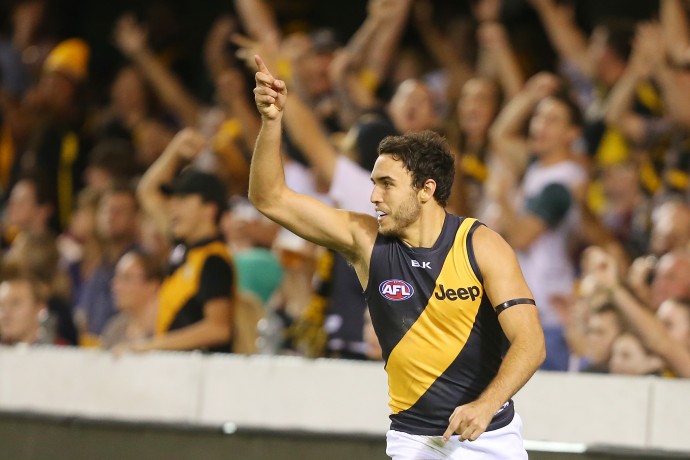 According to the Marngrook Footy Show’s Grant Hansen, Richmond’s Shane Edwards will be in fine form in next weekend’s clash. Photo: Getty Images

In one of the biggest annual football events in the country, the Melbourne Cricket Ground will once again host a match of epic proportions when the Essendon Bombers and Richmond Tigers go head-to-head in the Dreamtime at the ‘G clash on 31 May.

This game, which is part of the AFL’s Indigenous Round, will be the 10th time the sides have met to compete for the Kevin Sheedy Cup, with Essendon hoping for a sixth win and Richmond playing to win their fifth and even the score. Host of the Marngrook Footy Show, Grant Hansen, thinks the result will be the latter. 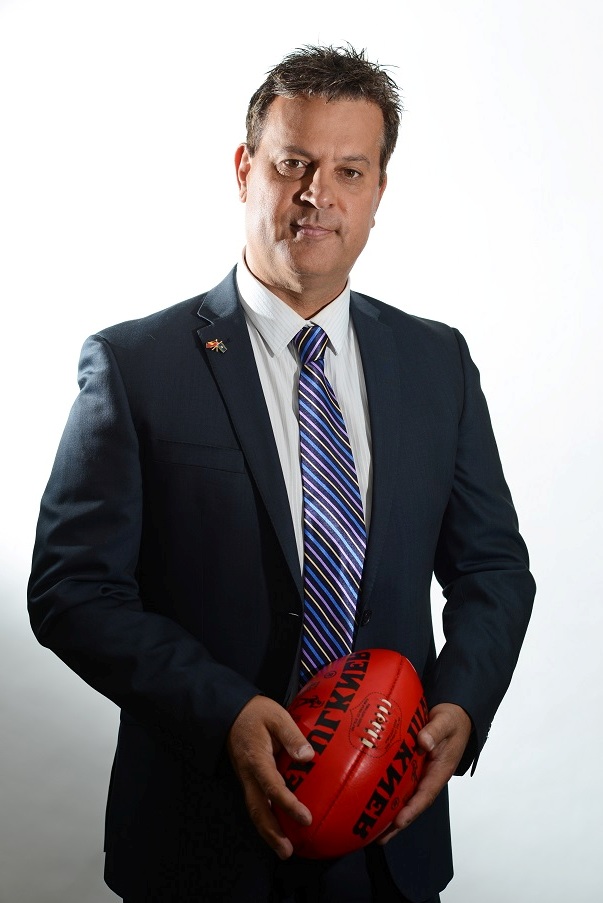 “I think Essendon have got a much better chance and Richmond are really struggling at the moment, there’s a lot of turmoil at the club and they’re not performing very well, so you’d expect Essendon to win this one fairly easily,” says Grant.

As well as playing for bragging rights, pride, and the Kevin Sheedy Cup, players will also be in contest for the Yiooken Award which is presented to the best player on the ground.

“I’d expect guys like Patrick Ryder to really stand up in this game, Shane Edwards from Richmond will stand up as well, he’ll want to play well – he hasn’t been doing that well the last few games, so he’ll be looking forward to having a big game,” he says.

“Those two will probably be the standouts and if they play well they can probably win the medal, but time will tell.”

Although the teams haven’t been announced yet, the line-up is sure to be a spectacular reflection of athleticism, with our Aboriginal players striving to put on a show for the massive crowd, estimated to be in the 80,000’s.

“I think you’ll find a lot of the Indigenous players will excel in this game because of the nature of the event, and they’ll want to play well, because I know there will be a lot of Indigenous people in the crowd,” he says. 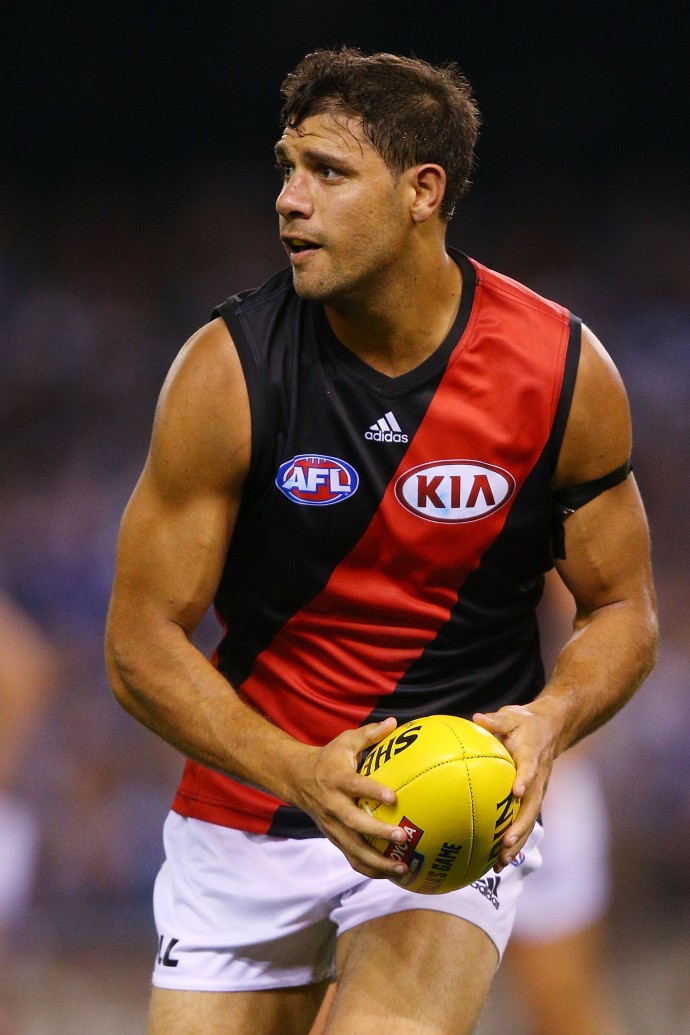 Essendon’s Patty Ryder will be a key player in the match. Photo: Getty Images

“I’m expecting the same sort of crowd that we always get but it seems to build every year; it’s just the way people embrace Indigenous culture that aren’t from an Indigenous background as well, so it’s the build up to the game with The Long Walk and the week’s activities and the clubs get on board by having Indigenous designs on their jumpers.”

For the Bombers, the Aboriginal themed red and black jumpers they’ll be proudly wearing were designed by Gunditjmara/Yorta Yorta artist, Thomas Day III, who won the design competition.

“I was shocked at first because I knew it was a national competition. I went in fairly confident but never expected to win. I was surprised, humbled, but ultimately proud when I saw the design launched,” says Thomas.

Not wanting to deviate too far from the original jumper and compromise its integrity, Thomas’ subtle design incorporates a symbol of Aboriginal identity, strength, and pride.

“The design is based on a possum skin-cloak, or the concept of a possum skin cloak and what it represents. It’s more around telling the story and reimagining Essendon’s story as, not only an AFL football club, but its relationship to Indigenous people,” he says.

Among many other prizes he’ll receive as a result of winning, will be the opportunity to see the team wearing his work and representing Aboriginal culture which, for Thomas, is of paramount importance. 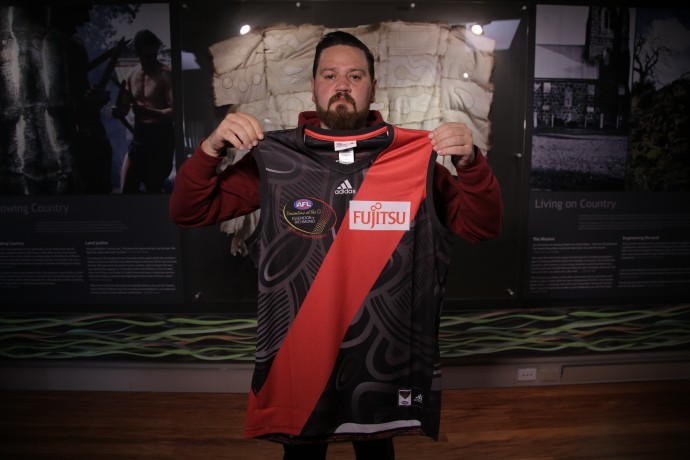 For more information on the Round 11 Dreamtime at the ‘G clash between the Essendon Bombers and Richmond Tigers including ticket purchases, you can click HERE.