Sixteen Aboriginal and Torres Strait Islander recruits graduated to the police force at an attestation ceremony for 182 new graduates at the NSW Police Academy in Goulburn last Friday. 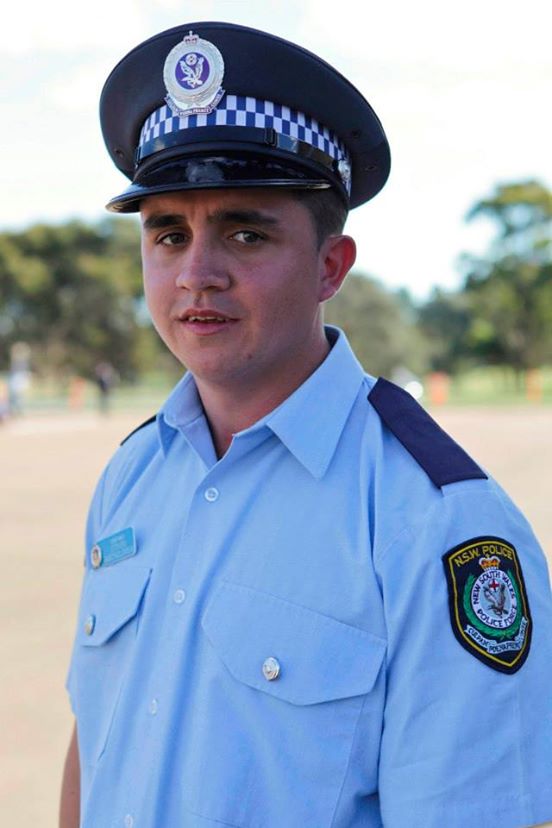 Steven Bartholomew, 19, was the youngest to attest. Photo courtesy of NSW Police Force

With the ages of the recruits varying between 19 to 53 years, the youngest to attest was Kamilaroi man, 19-year-old Steven Bartholomew. Steven joined the force via the Indigenous Police Recruitment Our Way Delivery (IPROWD) program, an initiative that helps people from Aboriginal and Torres Strait Islander backgrounds enter the police academy.

IPROWD involves students completing a Certificate III in Vocational Study Pathways at their local TAFE. They are also mentored in areas such as fitness and communication, and spend an orientation week at the academy.

Steven, who will join Sutherland Area Command of the Sutherland Shire, NSW says his inspiration came from his aunt and uncle, both of whom are in the force.

“One is in the Drug Squad, the other in Forensic Services,” Steven says. “Seeing what they have achieved really inspired me and, along with my friends and the rest of my family, they were a great support while I was studying.”

“I could not be prouder of the men and women who are joining our ranks today,” NSW Police Commissioner Andrew Scipione says.

“They are about to embark on a career that they will find to be as rewarding as it is challenging.

“Whether they’re serving communities in Sydney, or in regional areas, or out in the bush, I am confident they will display the same dedication, professionalism and enthusiasm they have shown throughout their time at the academy.”

The probationary constables will now complete 12 months on-the-job training, along with additional study by distance education with Charles Sturt University. They will then officially graduate with their associate degree and be confirmed in the rank of constable.

As well as 16 Aboriginal and Torres Strait Islander recruits who are sure to serve as great role models, the force is welcoming a diverse range of recruits from different cultural backgrounds and countries including China, Afghanistan, Bangladesh, Belgium, France, India, Iran, Vietnam, Italy, Lebanon, Netherlands and South Africa.