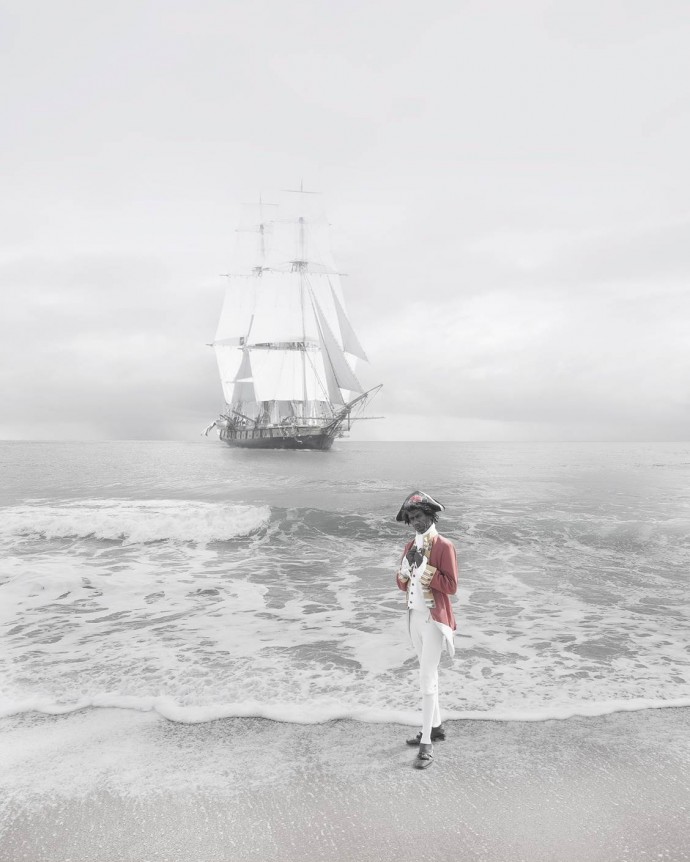 A University of the Sunshine Coast academic has co-curated a new national art exhibition that uses Indigenous and non-Indigenous perspectives to reimagine the encounter between Captain James Cook’s crew and Aboriginal people in 1770.

USC Senior Lecturer in Art and Design Dr Lisa Chandler said the exhibition of works by more than 20 prominent artists, musicians and writers was making a splash after opening at the Australian National Maritime Museum in Sydney this month (9 May).

The exhibition will be officially launched on 31 May for National Reconciliation Week before touring regional galleries until 2017, including Caloundra in July 2015. It has substantial Australia Council for the Arts funding.

“Another local link is a Kabi Kabi bark canoe created by Lyndon Davis, Brent Miller and Kerry Jones,” says Dr Chandler. “Many people associate the Endeavour ship with Cook’s voyage but Indigenous canoes present another side of the story.”

“We’re all so passionate about this project because we’re reimagining a significant historical encounter through creative practice to promote cultural dialogue and reconciliatory understanding,” she says.

A new translation of a Badtjala song in the exhibition describes the Endeavour sailing past K’gari (Fraser Island), where USC now has a research centre.

“USC is dedicated to community engagement and this exhibition combines Indigenous issues, historical research, creative practice and education,” she says.

For details of the exhibition go to: www.eastcoastencounter.com.au