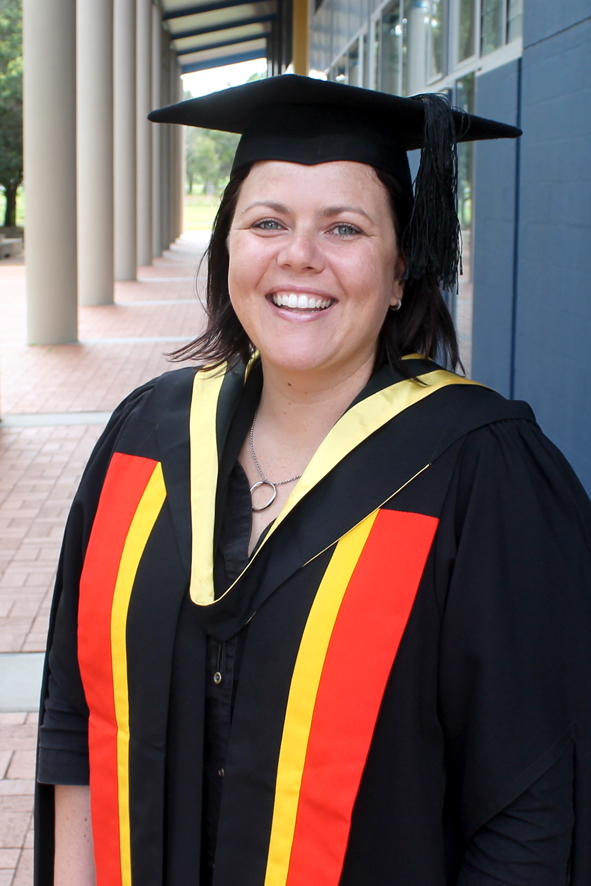 A Masters’ graduate striving to boost the educational outcomes of Aboriginal and Torres Strait Islander young people will receive the University of the Sunshine Coast’s Chancellor’s Medal when she graduates on today.

Marnee Shay, 31, is believed to be the first Aboriginal recipient of the USC Chancellor’s Medal. She will receive the award at USC’s Education, Nursing and Midwifery graduation ceremony.

It will be one of three Chancellor’s Medals to be presented at USC’s graduation ceremonies over 10-11 April. The medal is awarded to outstanding graduates who have contributed to the University or wider community and achieved a high academic level during their USC studies.

For her USC Master of Education, Marnee’s research explored different notions of schooling in Australia, such as alternative or “flexi” schools, and how they are supporting Aboriginal and Torres Strait Islander young people to remain engaged in education.

“The Masters’ program was fantastic,” she says. “It really has set me up with the technical research skills to do my PhD and given me a platform for advocacy and change.”

She achieved a grade point average of 6.7 out of 7 for her Masters and will present with a team of academics the research outcomes at the 2014 World Indigenous Peoples’ Conference on Education in May in Honolulu.

She said she felt proud to receive the Chancellor’s Medal after gaining strong support from academics such as Associate Professor Deborah Heck, Elders such as Aunty Denise Proud, Aunty Judi Wickes and the local Aboriginal community.

Marnee, who also has a Graduate Diploma of Education from USC, worked at the University while studying.

“I worked in USC’s Buranga Centre and on a national project for improving the retention rates of Indigenous teacher education students,” she said.

She has provided opportunities for USC to connect with the broader Indigenous community, and vice versa. She collaborated with Associate Professor Heck to establish the Aboriginal and Torres Strait Islander Education Committee, and remains a member.

Marnee was awarded the prestigious and competitive national Indigenous Staff Scholarship by the Australian Government in 2012.

She has since gained a full-time academic position at Queensland University of Technology in Brisbane, where she is also undertaking her PhD.