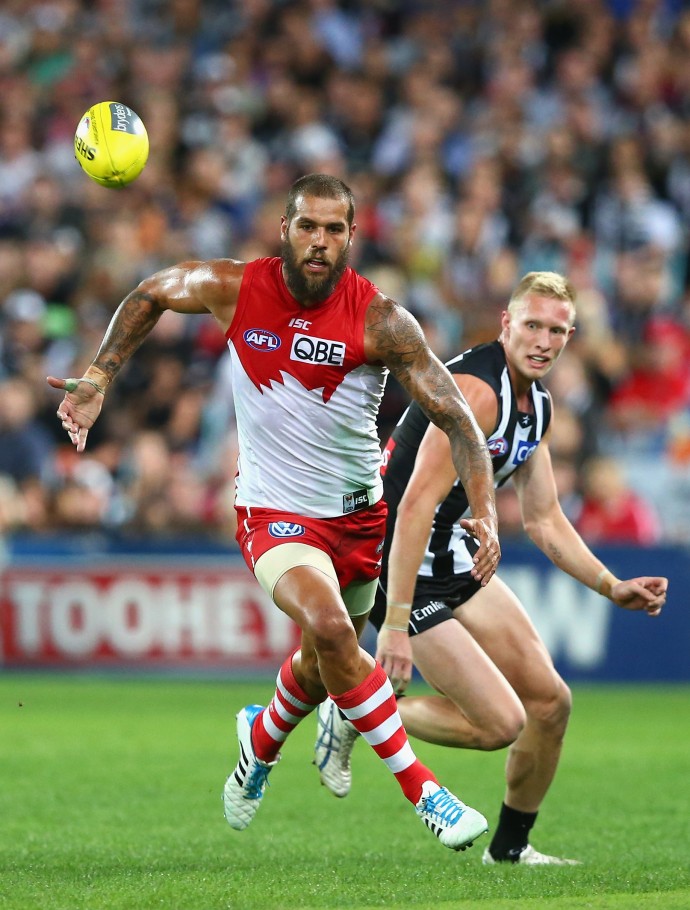 In perhaps the biggest AFL club transfer ever, Lance Franklin has swapped the gold and brown bars of Hawthorn for the red and white crest of the Sydney Swans to a mountain of media pressure and enormous club and fan expectations. But are the man’s shoulders broad enough to carry the weight of a long-term, multi-million dollar deal? Is buddy’s move to Sydney good for him, and the club?

These are the questions currently being asked, almost daily, in the Melbourne and Sydney sports press, such is the extent of media attention and hype that follows, and is generated, around Lance Franklin wherever he goes.

Apparently there’s a rift between Lance and the team, slanging matches at training between him and club leaders…all stories strongly denied by the club. Nevertheless, every morning in the news there’s some new account of how Lance has “destroyed the Bloods’ culture” – comments which lead one to wonder what kind of culture the Hawks had in place for at least the past five years where they have consistently been among the AFL’s most successful clubs, and the entire time with Lance in the line-up.

Whether there is any substance to the rumours or not, it is quite remarkable to think of the extent to which Buddy – and the Swans – have already been written-off, a mere four rounds into the season.

There is no denying that Franklin’s form to start the season ( just two games played) hasn’t set any houses on fire – but then he’s gone through rough patches of form before, like all players do, even the great ones. Add to that the fact he is still settling into a new club, under a new coach, new structure, and environment – and the media hype just seems more and more absurd.

And so, it would do very well for Swans’ fans feeling a little freaked out right now by all the negative press to remember that Lance Franklin, less than six months ago, led his team to a Grand Final victory, and, despite having media detractors throughout his career, has been the best player in the AFL for a long, long time.

The key word in the equation is clearly ‘patience’, something being stressed by Swans’ coach John Longmire, who said this after the Round 4 loss to Collingwood:

“It was pretty tough for him (Franklin) at times with the service in the second half, but there were a number of times when he was outnumbered and helped keep the ball there.

Rather than bringing any kind of toxic element to the club, what Franklin has brought is a great deal of media attention, far more than the club has ever had to deal with before, even at the heights of the Tony Lockett and Barry Hall days, and that may take some adjusting to.

“I’m not going to come out and kick 10 goals every match or get 20 plus touches for the team. I know I’m doing my job that’s all I need to do.

“I’ve still got a lot of improvement and I’ve got some good games ahead.”

There’s some positive news for you Sydney fans. Now everyone take a few deep breaths…there’s still a long way to go this season.