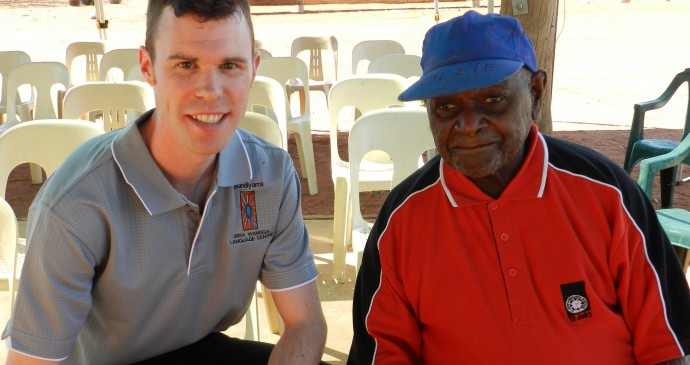 To have your life-long culture and language valued and respected is something anyone would hope for.

After 20 years, Ollie George and the Badimaya people can be proud that finally, their culture and language is being preserved and developed into multiple educational resources.

Since 2012, more than 60 hours of audio and 10 hours of video recordings have been obtained and utilised to produce seven resources including five story books, a photographic calendar and picture book.

This has helped with the collaboration for the upcoming launch of the Badimaya Dictionary, Badimaya Guwaga wordlist and Alphabet Poster.

Four Badimaya families – the George, Walsh, Fogerty and Clinche families – have provided the majority of the recordings with Ollie George taking a lead role.

Ollie is one of few remaining fluent Badimaya speakers and is pleased to see what has been developed from the work. 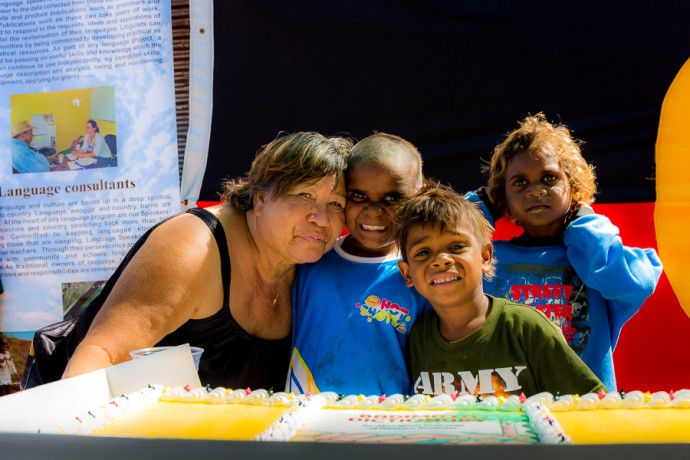 “His face and eyes just light up when he sees the productions,” he says.

“It is so dear to him to see his culture and language being preserved for the rest of the world to see. His language is just as important as any other language; he is a happy man.”

Mr George was raised at Kirkalocka Station by his Nan and Pop. This is where he was immersed in his culture. He was able to learn and speak his language, was taught to hunt and took part in corroborees with family.

“When community see these publications it gives them a sense of pride. People see photos of themselves, their country and their language in print and it creates excitement, as they feel respected and valued,” James says.

The Bundiyarra – Irra Wangga Language Centre and Badimaya Community invite you to join them at Kirkalocka Station on Thursday, 10 April, 2014 from 11.30am – 1.30pm for this historic launch.

The launch is a free event and will include a good feed and some entertainment. Free, limited bus transport is available from Bundiyarra in Geraldton.

Publications will be available for purchase at the launch and from the Bundiyarra on-line store: www.bundiyarra.org.au