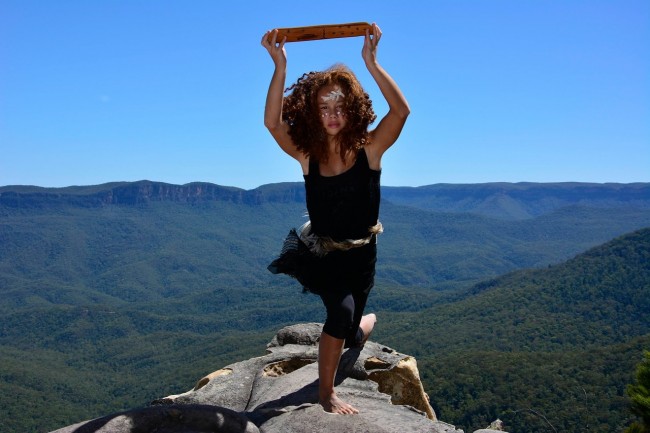 The youngest dancer performing at Homeground on April 5 and 6 is 13-year-old Wiradjuri girl, Nikita Parker. Photograph by Jamie Murray.

Blue Mountains Darug country based company Wagana Aboriginal Dance has a big couple of weeks ahead, as does its choreographer Jo Clancy.

The Wiradjuri, Gamaroi and Gundungurra members are dancing at this weekend’s opening of the Major League Baseball at the SCG and also at the Blue Mountains Music Festival on Saturday and Sunday.

The international-touring Wagana Aboriginal Dance troupe will then head back to Sydney for Homeground on April 5-6 where they perform on the Dancestry site over the course of the free weekend of events.

Visit the site for the full program:

Later this year, they head to the Commonwealth Youth Dance Festival in Scotland.