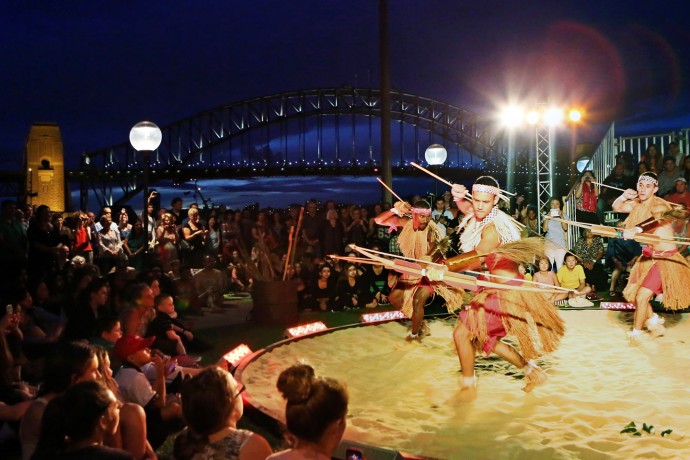 A free outdoor event will be held at the Sydney Opera House next weekend and will showcase some of Indigenous Australia’s best talent.

Homeground builds on 13 years of the acclaimed Message Sticks festival and will be a celebration of First People’s music, dance and culture on April 5-6 against the spectacular backdrop of Sydney Harbour.

The event will present performers from around Australia, including remote communities, and add a dash of the world’s best in a free outdoor event for all ages to enjoy.

“As Australia’s most famous building enters a decade of renewal, it is fitting that Homeground takes a fresh approach to celebrating the rich past and vibrant future of Indigenous music, dance and culture from across Australia and around the world.”

The event will kick off on Saturday from 6pm with an open ceremony, followed by eight of the best Aboriginal and Torres Strait Islander acts.

From 6.35pm, several Indigenous acts will grace the stage including Jess Beck and Pirra followed by Wagana, NAISDA, Stiff Gins, Vibe’s own Move It Mob Style, a Boomerang Concert, Eric Avery and Dubmarine.

“Homeground is a feast of music and dance that will showcase the uniqueness of First Nation’s culture. We have made this a free event to encourage all Sydneysiders and visitors to discover the cultural diversity in our own backyard and on our doorstep,” Head of Indigenous Programming Rhoda Roberts says.

“From R&B to the traditional Gaelic harmonies of Woking, there is something for everyone. Join Australian rock icons such as Shane Howard and hear the newest voice from Arnhem Land, Yirrmal.”

The team behind one of Bondi’s favourite dining institutions, The Corner House restaurant, will keep visitors happy throughout the weekend with delicious food at a pop-up café under the Colonnade on the Western Broadwalk.