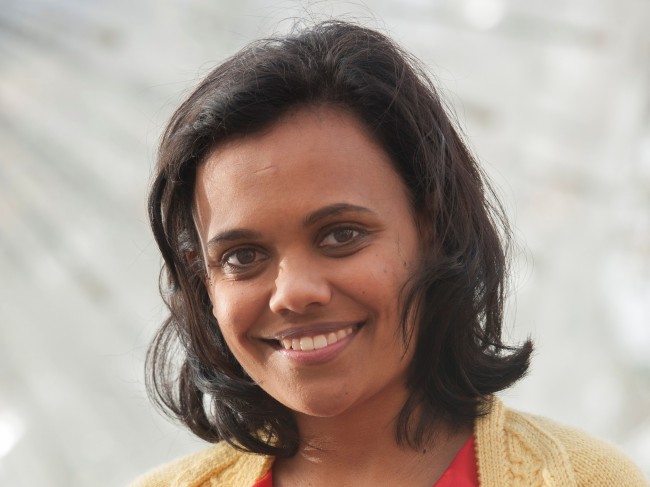 “I’m really happy where I am at the moment. I look back at how my career has been going and I think ‘that’s something to really be proud of!’ and I’m really glad that I can look back with no regrets at all.”

For proud Larrakia woman Miranda Tapsell, performing is central to who she is, and she’s successfully carving out a reputation as an actor of quality that can transcend both stage and screen with style.

The Darwin-born actress grew up in Kakadu National Park and began performing at the age of seven. She is well known for her performance in The Sapphires, playing one of four lead characters, starring in Season 1 of the popular ABC TV series Redfern Now and more recently for her role in Channel 9’s new drama Love Child. Deadly Vibe caught up with Miranda to talk all things acting, including her latest role as Martha in Love Child.

What is your acting background? You have only been acting in Film/TV for about 4 years?

I started out in theatre first, having gone to NIDA. I’ve been so lucky that I’ve been able to cross over [between theatre and film], as most of the time actor’s work in either film or television, or theatre exclusively. It’s nice to be able to get the opportunity to do both.

Did you always see yourself acting in movies or on stage?

It’s weird; I never chose to do anything in particular (film or theatre) I just loved performing in general. I wanted to give all of it a go. I didn’t want to leave a stone unturned.

NIDA was great in that, particularly on a film or TV set, you need to give a solid performance in a short amount of time, as time is money. So they like it if you can get it done in, hopefully, the second take. It can be a very daunting and overwhelming thing, and I feel that thanks to my (NIDA) training I can deal with that pressure very well. If a director says “I love what you did! Do that again” I’m confident enough to do it again.

Can you tell me about the role that you play in Love Child?

Love Child [is about] a group of girls who all end up at the same ward in a hospital specifically for unwed mothers. In the ’60s it was taboo to be pregnant and not married. My character, Martha, is one of those women who end up in that ward. She is a beautiful soul, and she tends to hide all her sadness behind her smile. Throughout the series you get to find out how all these women ended up pregnant in the first place. These stories aren’t based on anyone in particular, but I really hope that this show brings discussion on the topic about women that this actually happened to. 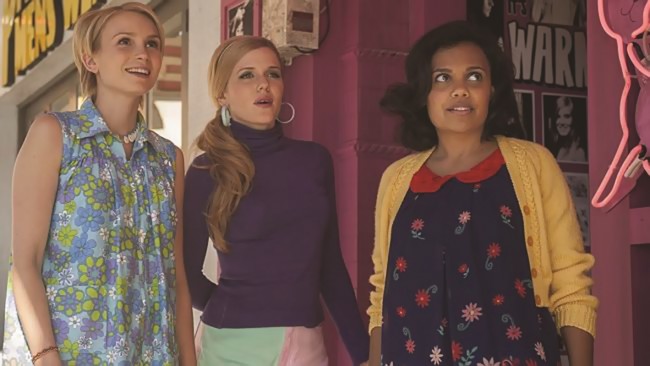 What was it like working with the other cast members?

One thing I’m so proud of is that I’m in a show, once again, that celebrates women and their life. And the women are driving the plot. They are not supporting a male role. It’s nice to be involved in another project like that after The Sapphires.

Did you have strong women role models growing up?

Oh definitely. I had some very influential women in my life, both in my career and in my personal life. My mother, my aunties on both Mum and Dad’s sides, and my grandmothers. I have been surrounded by such strong women and all of them had something to contribute to my growing up in some way.

Where would you like to go beyond what you are doing now? What motivates you and inspires you?

A great question. I’m really happy where I am at the moment. I look back at how my career has been going and I think ‘that’s something to really be proud of!’ and I’m really glad that I can look back with no regrets at all.

I’m just so excited with the projects that I’ve been attached to, so I’m in a really good place. What I would love to be in one day is a role not quite so attached to a political issue because, while I’m very aware how important it is to inform people on issues that face Indigenous people today and in the past, I would also love to explore a project where you see an Aboriginal woman who is living in mainstream society, who is doing well and interacting with other Australian people. I do feel that is what my life is and I think people tend to remove themselves from Indigenous issues because people get caught up in all the politics of it rather than seeing people as human.

If they see an Aboriginal person who is just like them on TV it might just start to influence the way they think. And I mean this in modern-day terms as well. The Sapphires and Love Child are both fabulous for putting Indigenous women in such a great light. For me it feels like the beginning of something. It’s planted a seed.

Which actors inspire you?

Where do I start? There are so many! I just love Leah Purcell. I think she’s electric on stage and screen. She’s like our Aboriginal Meryl Streep. I just can’t take my eyes of her. She plays her roles like a rock star. She’s amazing. Internationally, I love Emma Thompson, Natalie Portman and my latest is Jennifer Lawrence. I thought she was fabulous in American Hustle and also Silver Linings Playbook. I think about the fact that she’s won an Oscar and she’s only 23. I think ‘wow’ I’ve really gotta get moving. I find all those women very inspiring.

What do you do to reconnect to yourself and stay grounded after a busy period?

I absolutely love going to the beach and I love swimming in saltwater. It’s just one of those things that really relaxes me and gets me out of my own head. Sometimes I find it really hard to be present and in the moment. Being in that cold water and the hot sun, it just makes me clear my head. It really puts me in that meditative state. I should really also get back in to yoga and meditation. That was one of my New Year’s resolutions.