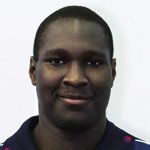 A towering teenage takes on the world.

With young Australian Andrew Bogut recently being selected as the number one pick in the NBA draft, Australia is now well and truly establishing itself as one of the great pools of basketball talent in the world. And one of the most promising young basketballers in Australia at the moment is Nathan Jawai.

After winning an ABA championship with the Cairns Marlins in 2004, this 213-centimetre-tall Cairns teenager has gone from strength to strength, earlier this year winning a scholarship to the AIS in Canberra.

But Nathan’s greatest achievement of his career so far occurred in June this year, when he was selected for the Australian Boomers squad during a training camp held on the Gold Coast.

Nathan has now joined the Australian young men’s team, The Crocs, who departed on a tour of Europe last month, playing in Greece and Slovenia before making their way to Toronto and then Argentina for the FIBA World Championships.