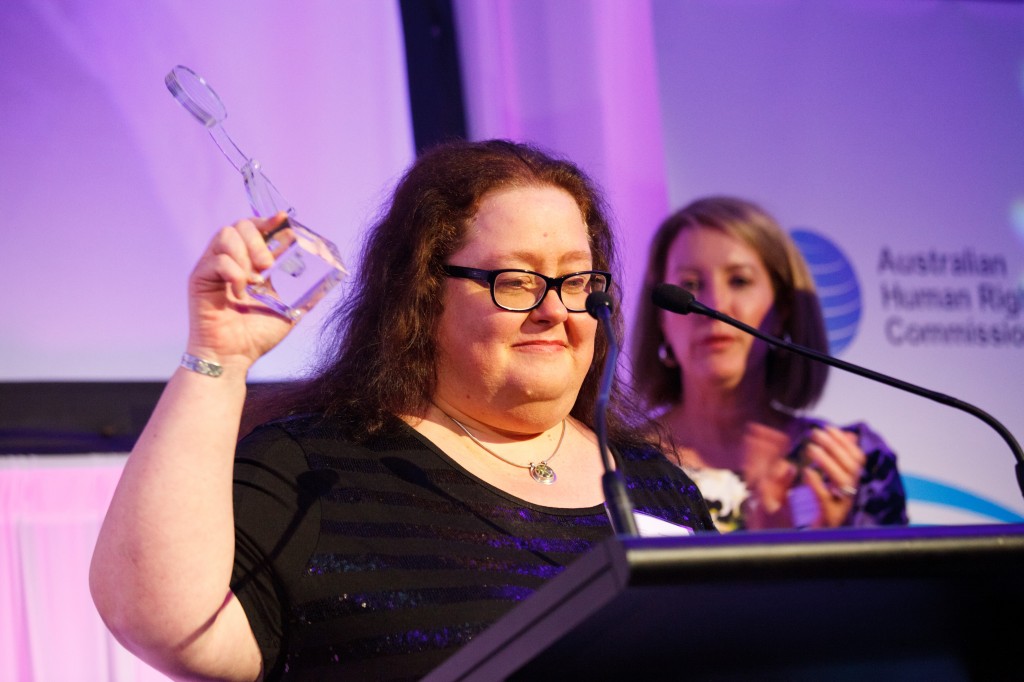 A broadcaster from Perth based Noongar Media Enterprises has won the prestigious Radio Award in the 2013 Human Rights Awards, against tough competition including the ABC’s Radio National.

Broadcaster Carol Dowling has been working for Noongar Radio since 1988 when she started as a trainee radio producer and announcer.

“[I started] back in the day when you had to actually physically cut the tape with a razor blade and stick it together with sticky tape,” Carol says.

“This program that I won the award for, I actually had to learn to edit on my computer for the first time.”

The broadcasted segment that was nominated was a 30 part radio documentary series, accompanied by two one hour features on the prominence of middle ear infections within Indigenous communities across the country.

“The series was a part of a proposal to the Federal Health Department to try and educate our community a bit more about prevention and treatment of Otitis Media which is the middle ear disease – an epidemic that affects portions of our community all over Australia, with some communities having 100 per cent of their children having hearing difficulties or hearing loss,” Carol explains.

The series was broadcast in several areas across Western Australia to help raise awareness of the issue and was then nominated by a partner company of Noongar Radio.

“It was nominated by this company called I&G that sort of work as the go between the Federal Health Department and all the other small community radio stations took part in this campaign, and they nominated me,” Carol says.

“I’ve had a really good relationship with them and they have given me editorial advice and encouragement and so forth. Our radio station was very honoured to be nominated by them.”

Although Carol had her doubts about actually winning the award as she was up against Radio National, she came through in the end.

“When they read it out, it felt like everything was in slow motion. So it was quite scary.”

While this is the first time Carol has won a Human Rights Commission award, in the past she has won an excellence award with the Community Broadcast Association of Australia.