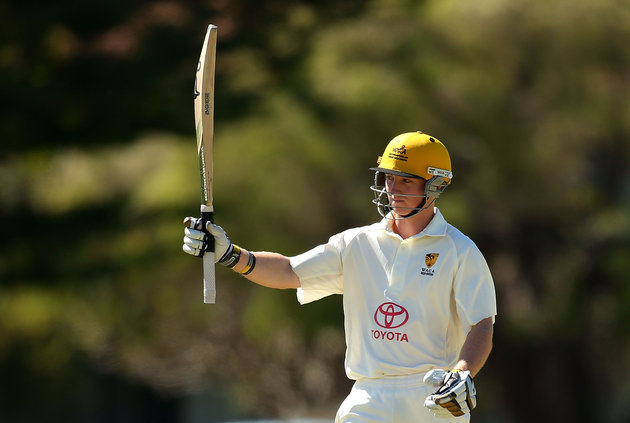 Perth Scorchers have confirmed Aboriginal fast bowler Hayden Collard as one of their Rookies for the 2013-14 KFC T20 Big Bash League.

Collard, 21, will be the Perth Scorchers’ Community Rookie and is an Indigenous right-arm fast-medium bowler from Dowerin, two hours east of Perth, who was selected in the team of the tournament, the Black Caps, at the 2013 Imparja Cup.

The Wheatbelt product gave up a promising Aussie Rules career, which saw him be part of the 2008 Flying Boomerangs squad that travelled to South Africa, before focusing on cricket after a shoulder reconstruction.

“Hayden is representative of a big pool of talent available in the country. He impressed at the Imparja Cup and is an athletic and talented cricketer with a good character,” Perth Scorchers Talent Manager Brett Jones says.

Wongan Hills-born Collard revealed he had never played at The Furnace [WACA Ground] nor alongside some of the big names in the Scorchers squad but said he was excited about the prospect.

“I always wanted to play with the likes of Simon Katich, Shaun Marsh and Adam Voges,” Collard said.

“Not many people get the chance to do it. It’s going to be a big challenge but that’s what it’s all about.”

The talented Collard turned his back on a promising Aussie Rules in his late teens after a shoulder reconstruction, having been part of the Flying Boomerangs and Perth Demons Colts set-ups.

Collard has spent the past few years developing his skills as a cricketer in the Wheatbelt, before success at the Imparja Cup and Senior Country Week in 2013. He’ll be looking to use his rookie opportunity to continue to develop his game.

“It’s a great way to learn off people to improve my game,” Collard said. “Anything that helps me become a better player is really good for me.”

He will join the Perth Scorchers for the duration of the KFC T20 Big Bash League, and while he won’t be part of the 18-man squad, he can be added as a replacement player in the event of an injury.

The new Rookie contracts are part of a wider plan to provide opportunities to players who might not otherwise be identified as one of Australian cricket’s pathway programs, with all teams signing two players.