The Cake Man is back 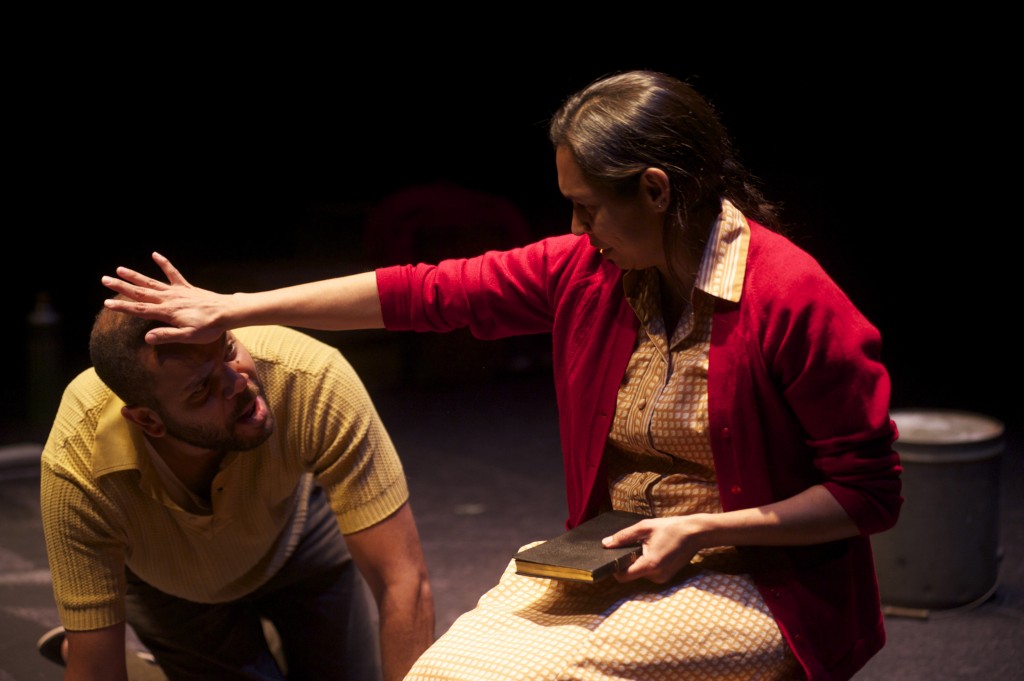 In the early 1970s a group of aspiring theatre-makers occupied a terrace in Redfern and started the National Black Theatre.

In 1975, the first stage play was written and performed by the company. That play was The Cake Man written by Robert J. Merritt. Now, in 2013, the play has been re-created with a new generation of actors and director Kyle J Morrison.

Kyle is the Perth-based Creative Director of Yirra Yaakin Theatre Company and has been for four years now. He has directed four plays, including Honey Spot, which was shown at the Sydney Opera House.

Belvoir Street Theatre in Sydney’s Surry Hills approached Kyle with the script to see if he would be interested in directing The Cake Man. After reading through it he liked it so much that he wanted to bring it to Perth, too.

“The process then followed that we looked at it at Yirra Yaakin as part of our season as well and decided to approach Belvoir with the idea for a co-production. That way we could have The Cake Man here in Perth, too – it’s currently playing now,” Kyle says.

The Cake Man was written in a time when Aboriginal and Torres Strait Islander people had little to no opportunities and had only just been allowed to vote.

“The possibility for Aboriginal people to achieve their dreams and be successful in the world was, you know, everything was possible but not everything was probable,” Kyle says.

“The idea that Aboriginal people could achieve that and could go on to own their own businesses and stuff – that was still light years away, you know. We’re only really just touching on that now.”

“We have a fantastic cast, a Western Australian and East Coast cast,” Kyle says.

“The cast that we have is top notch and this story would not be possible in the quality and the style that we have without the actors that we’ve got.”

During the making of the play, Kyle and the actors had to work hard to develop an understanding of the play in order to accurately portray the theme.

“It’s a really tough script. It makes everyone nervous and stressed. Early in the rehearsal process I really worked hard on trying to bring everyone together because we needed to have a shared vision,” Kyle says.

“We needed to understand exactly what we were saying, how we were saying it and that way we could all go out there and say it ourselves and do our own bit for that.

“It shouldn’t just be dictated by the director. It’s about all of us sharing the story together.”

The Cake Man is the story of a family – Sweet William, his wife Ruby and their 11-year-old boy Pumpkinhead – that struggles with unemployment, alcohol and the scourges of white history and modern life on a Western NSW mission.

Ruby finds solace in the Bible, while Pumpkinhead steals coal for the family and listens to his mum’s Dreamtime story of The Cake Man every night.

Inside the keenly drawn portrait of this family is an account of the roots of despair and the beautiful means to overcome it.

“What I really love about this play is that Sweet William is one of those Aboriginal people from that early ’70s era who realised they could pursue that dream and started to pursue them and started to work towards that and to achieve and to aspire to things,” Kyle says.

From the play, the audience can take away a better understanding of how Aboriginal and Torres Strait Islander opportunities have developed in the past 30 years and continue to progress.

“I hope they get a good laugh and a good yarn, and I hope they think about the current state of Aboriginal Australia and what we can do to take that next step in achieving our dreams and going for our dreams and aspiring to our dreams,” Kyle says.

“I think this play has really mapped out a difficult time in that, and now we have an opportunity to keep stepping forward. Hopefully the audience is going to sense that – black and white.”

The Cake Man is on at the State Theatre Centre of WA until 9 November. See it at Sydney’s Belvoir Street Theatre from 14 November to 8 December.