Transitions are a part of growing up. Sometimes moving from one stage to the next can be difficult, whether it’s going through puberty, or from primary school to high school, or from teen to adult. 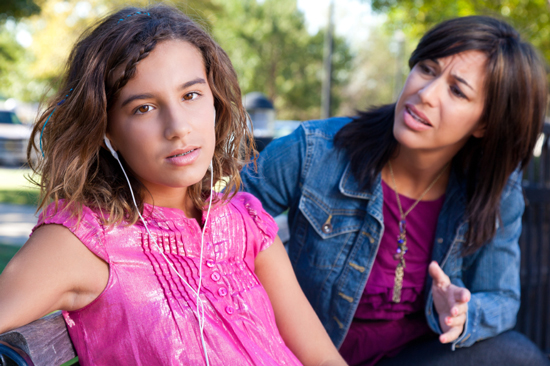 Let’s take primary school to high school as an example. When your child is in primary, life’s a lot simpler for them. They’ll be concerned with forming friendships, playing sport or getting involved in school work (hopefully) and school life. They won’t worry so much about peer group pressure (though this can be a problem too), or the opposite sex, and they won’t be overly fussed about how they look – that comes later.

Life can be fun in primary school with games, excursions, activities and action. However, things get a bit more serious in high school, particularly in Year 8 when hormones are exploding, peer group pressure is enormous and body image starts to kick in.

From Year 6 to Year 7, the step up to high school is massive. They finish primary school in December as kids and by the end of the summer holidays they enter the world in late January when school begins again, as would-be teenagers.

Overnight, life gets that bit more serious. Year 7 students are always the cute kids at school, but it doesn’t take long for them to click into the politics of the playground. Often they can be bullied by the older students and just finding their way around all the classrooms, and having to read a timetable, can be daunting.

There’s no more sitting in one classroom all day, rather, there are different classrooms for different subjects. To make matters worse, your child is no longer a big fish in a small pond, but one of hundreds trying to get to class and survive in what can sometimes be an impersonal world.

If your child goes to a different high school without their primary-school friends, for whatever reason, then extra effort should be made to help him/her with the transition. Even with a handful of friends from primary school, high school can be overwhelming.

One of the issues you’ll confront as a parent of a young high schooler is their need to fit in with the crowd. This can mean that your normally quiet, well-behaved child can turn into the class clown.

By Year 8, the unsettled behaviour can worsen when it’s combined with going through puberty. This is also the time when they won’t want to go on family outings, preferring to hang out on social media sites instead, or gaming ‘live’ with their friends.

It will seem the only conversations they want to have are ones with external people and not the family.This withdrawal of normal communication, combined with a few slightly worrying reports home from teachers, might concern you. But the secret is to expect that young teens want their own space, so give them a bit more responsibility and keep the lines of communication open – however you can.

Be proactive about giving them advice. Bring up things like body image in the car on the way to school, or peer pressure, or bullying and ways to handle it. Let them know about your experiences as a teenager. It might seem they’re not listening, but it’s these conversations that lay the foundations for a good relationship with your child, through difficult teenage years.

Even if it seems your child is turning into someone you no longer know, remember they are still the same person they always were. That will help when they do something out of character. Talking, listening, understanding and remembering that you were a teenager once (and maybe not so well behaved at times, too), will go a long way to keeping your relationship with your child healthy throughout their adolescence.