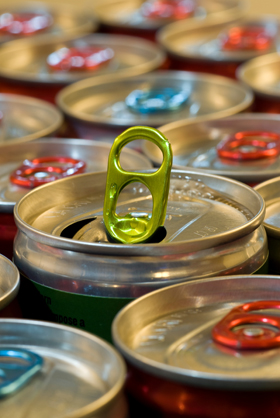 In recent years there has been an explosion in the popularity of energy drinks but many ingredients in these drinks can have long and short term affects.

These beverages contain large amounts of caffeine as well as stimulants such as taurine, guarana, ginseng and sugar which, taken in large doses, can have side effects like headaches, palpitations, chest pain, tremors, dizziness and insomnia to name a few.

As well as the many side effects, people who consume high energy drinks who have an underlying health problem which they may or may not know about, such as heart problems are at greater risk of suffering adverse side effects.

Especially among the youth, these drinks have become popular to use while playing sport or exercising because of their short term ability to boost energy levels but should never be used instead of water because the high levels of caffeine dehydrate you and affect your performance.

The energy boost is short lived, what goes up must come down. Adrenal fatigue is when the body’s adrenal system becomes overloaded by the consumption of too much caffeine and, this in turn, will make you tired and give you a general run down feeling.

When it comes to physical activity the best way to perform optimally is a balanced diet and water.

Some of the biggest risks associated with these drinks come when they are combined with alcohol – a dangerous trend that is increasing in popularity among young adults.

Alcohol is a depressant whilst energy drinks are a stimulant. Our bodies way of knowing we’ve had too much to drink is fatigue, this is overlapped by the energy drink resulting in the consumption of sometimes dangerous amounts of alcohol.

Both alcohol and caffeine are diuretics meaning they cause dehydration – this can also be dangerous because dehydration lessens the body’s ability to metabolise alcohol, increasing the toxicity and hangover.

In moderation these drinks can be fine, but when combined with exercise, alcohol or an underlying health condition they have the ability to literally become deadly.