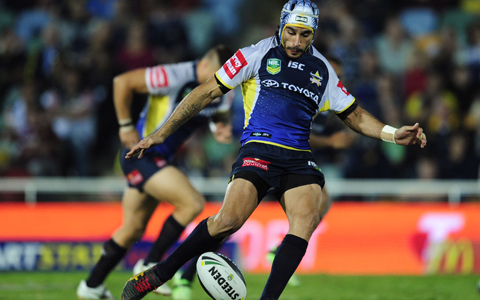 Round 17 preview with Claude Williams

As we move into round 17 this weekend, the NRL ladder is starting to take shape for the playoffs.

South Sydney, who are leading the competition, secured a place in the top eight last week with a win over Canberra while the Roosters and the Storm are only a couple of wins away from securing their finals berth.

This leaves eight teams who are currently vying for the remaining five spots, and the teams under most pressure and playing for survival are North Queensland, West’s Tigers and the Broncos.

If they lose their season could be over.

The Cowboys, who were tipped to finish top four at the start of the comp, have a difficult task and must beat the Raiders in Canberra. The matchup between Thurston and Campese could well determine the outcome, and if the Cowboys lose they will need a miracle to make the playoffs. However, I think the Cowboys will answer the challenge and cause the upset of the round.

Similarly the West’s Tigers must win away against the Sharks. Although they have strung two wins together the club is in some turmoil. With the uncertainty regarding Benji Marshall’s future at the club, and speculation that coach Mick Potter might not be there next year, this could derail the remainder of the Tiger’s season. The Sharks forward pack, even without Paul Gallen, will be too strong and will ensure a win at home.

The Broncos are also under the pump and although they should have beaten the Warriors last week, the Storm will be a much tougher assignment in Melbourne. Expect the Broncos to be competitive in the first half but with Cronk, Slater and Smith refreshed from Origin duty, the Storm will be too efficient and clinical and dominate in the last 20 minutes.

The Knights hammered the Titans last week in Newcastle however their halves Tyrone Roberts and Jarrod Mullen will need to bring their A game, and the forwards will have to punch above their weight if they are to compete.
The Bulldogs will be fresh after the bye and I’m predicting their giant pack will out muscle the Knights pack and set up scoring opportunities for the outside backs, with Ben Barba causing havoc.

This game is another important match-up.

In the other games I think Souths will be too disciplined for the Warriors, Roosters too strong for Dragons and Manly will overpower the Eels.