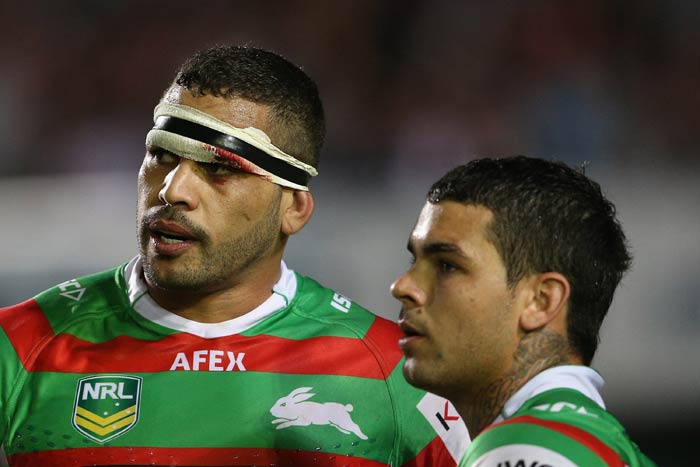 NRL Round 8 preview with Jake Keane

As we head into Round 8 of the NRL this weekend, the competition’s early phase is well and truly coming to a close. The clear standouts of the competition so far have been Melbourne, South Sydney, Manly and the Roosters. With each passing round, the gap in quality between these four clubs and the rest of the comp grows larger.

Last weekend’s bruising encounter between Manly and Souths was the best game of club footy in years and one of the most physical I’ve seen outside of Origin or finals football. To withstand the pressure of a highly physical Manly side playing at home and come away from Brookvale with a 20-12 win will give South’s enormous confidence. Rabbitoh’s fans would have been very pleased with the solid out-wide defence of backs: Beau Champion, Bryson Goodwin and Nathan Merritt.

Plenty of post-game discussion has centred on the rough handling of Greg Inglis who was dumped on his head several times – it will be interesting to see if other clubs now follow Manly’s example in trying to lift Inglis as early in the tackle as possible. Comments that Inglis may need to adjust his running style to avoid dangerous tackles are ridiculous and Souths’ coach Michael McGuire has called on officials and referees to do more to protect his star fullback.

Souths and Brisbane will open this weekend’s round of matches on Friday night. Lookout for the matchup of the two Aboriginal wingers from each club, Nathan Merritt (Souths) and Josh Hoffman (Brisbane), who are both enjoying great seasons and are both among the NRL’s leading try scorers for the year.

In Townsville, Jonathan Thurston is doing all he can to get the Cowboys season back on track. JT produced two try assists in the clubs win over Canberra in Round 7 that now sees them slip into the top 8. The Cowboys will travel to Parramatta this weekend, a club embarrassed by Penrith last week and who will be desperate to restore some pride in front of a home crowd. This one is shaping up as a really interesting match-up and could be a close one.

With five wins from seven starts, the Knights are looking to be a much improved side in 2013 and Wayne Bennett has them coming along nicely. After disposing of the Titans last week with an impressive win, the Knights play the Sharks at home this weekend and should be heavy favourites. Keep an eye on Newcastle’s Aboriginal half Tyrone Roberts who is enjoying a fantastic start to the season.

A club striving to revive their season are last year’s Grand Finalists, the Bulldogs, who are aiming for back-to-back wins this weekend when they host the struggling Tigers. A loss here would be disastrous for the Dogs as they already face an uphill battle in catching the top 4. After 83 run metres and a try assist last round, Ben Barba is due for a breakout game. A big win against the Tigers could spark the Dogs’ season.