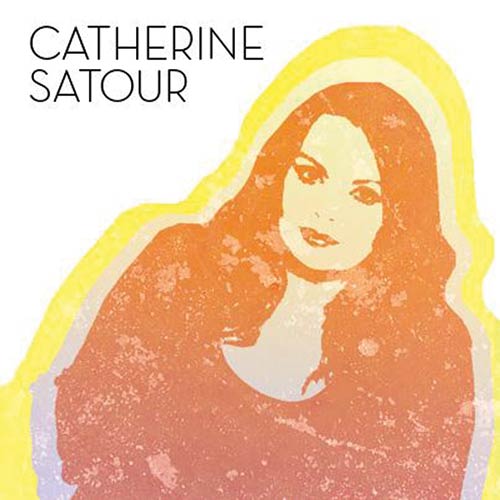 Catherine Satour’s first album is a milestone for female desert artists and marks the culmination of plenty of hard work to realise her dreams.

The daughter of the legendary musician Bunna Lawrie, she is no stranger to the stage having performed at a young age with her dad’s pioneering band Coloured Stone. But Catherine’s album puts her own career, not her musical connections, centrestage.

“It’s my first album and it’s taken a long time to produce – I’ve been working on it, on and off, since 2008 – and I’m really happy with what we’ve got. It’s my way of showing what I can do, my sound and what I can create,” Catherine says.

“Being the daughter of an Indigenous music pioneer has both helped and hindered my career. My introduction to music was growing up with Coloured Stone, recording and touring with them. How could you not want to be in music after experiences like that? But as I got older, I found doors were shut and there weren’t that many opportunities for female artists in Central Australia.

“That’s why I got involved in producing the Desert Divas CD, just to show women here [in Alice Springs] are so talented and deserve the opportunities as much as male artists.”

Catherine’s self-titled album reflects the unique sounds of central Australia and her hometown of Alice Springs. It’s a diverse sound, she says, drawing on the strong traditions of storytelling about her people and her Country.

“It’s a beautiful, spiritual place and I believe the music that comes from here is different to other areas. This album is also influenced by Coloured Stone, but also by many other bands I’ve been influenced by, but this is definitely my version,” she says.

She wrote all the tracks on her debut, self-titled album except one, which was co- written with her friend Trisha Morton-Thomas. She worked with award-winning music producer, composer and musician Corey Noll on the album, which is being launched in mid March at the Araluen Arts Centre in Alice Springs. After that, she’ll tour with her seven-piece band across NT and WA, including the Pilbara, Fitzroy Crossing and Broome.

Catherine also has the Darwin Festival and the Katherine Festival on her agenda.

“I’ve had a really good response to the album promotion with interviews across Australia with newspapers and magazines.

“It’s been a huge learning curve, putting out this album and promoting it, and I have a complete understanding of how much work there is in being a musician and an artist. I have so much respect for any artist in this industry. You put yourself out there and tell your story and you also have to have two different mindsets – one as the artist that’s very creative and the other as the business person.”

In 2012, Catherine won the Contemporary Music Touring Grant from the Australia Council for the Arts, which will help her tour of NT and WA to promote the album. This win and the opportunities coming her way now are a result of the hard work she has put into establishing herself as an artist.

“I’ve been performing and singing for a long time and music is something I’ve wanted to do since I was 16 years old,” she says.

“Growing up, there was no real support for Aboriginal women to be in music in Alice and I left town to tour with my brother’s band. Before I knew it, I was performing at the Adelaide festival and there were lots of opportunities coming in, but I got homesick and came home but to limited opportunities.

“I knew I had to seek them out for myself so I talked to a lot of musicians and investigated a lot of programs and grants. That’s when I got involved in the Desert Divas, too, to showcase what we could do. Music NT also has a program called Desert Sounds and through that a whole generation of daughters of legendary Indigenous musicians were identified.”

Catherine has also been working hard, touring and connecting with people at the grassroots.

“I did 70 gigs last year alone and I’m finding that while the opportunities are coming from outside of Alice, they are also starting to come from here as well. And winning the Australia Council for the Arts Award was great as it’s nationally competitive,” she says.