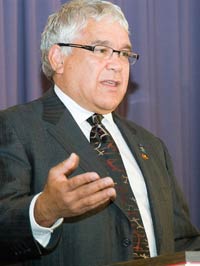 Commissioner Gooda said nominations would only be accepted up until Friday, 9 September.

“The annual Human Rights Awards provides one of the best ways to acknowledge people in the community who have stood up for the protection of human rights,” Commissioner Gooda said.

“You may know of someone who is working away behind the scenes to improve the lives of children in their community.

“It may be an individual or an organisation that is working to improve the health or education outcomes of Indigenous Australians, supporting young people on alternative career paths or even working in the law to further the human rights of fellow Australians,” he said.

For nomination forms and to order your tickets go to www.humanrights.gov.au/hr_awards/index.html.

Up to the minute information is now available on twitter at twitter.com/AusHumanRights.