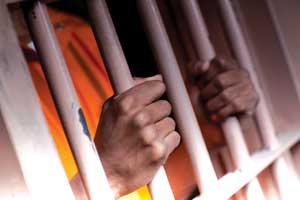 Youth justice conferencing (sometimes referred to as restorative justice) is an alternative to having the matter dealt with by the court, but there are rules around when it can be undertaken. Firstly, the young person must be referred to a conference by police and they must admit to or be found guilty of the offence. In some cases, the courts will request the conference.

One of the benefits is cultural appropriateness – a process for dealing with offences that is appropriate to the young person’s age, maturity and cultural background.

Measures like youth justice conferencing are important in reducing the over-representation of Aboriginal and Torres Strait Islander juveniles in detention and minimising young people’s contact with the formal criminal justice system.

The inquiry did look at youth justice conferencing and while it acknowledged there was mixed evidence at this stage as to its success, it also wanted to see alternatives to court pursued.

“The Committee firmly acknowledges that there needs to be alternatives to the regular court process, especially for Indigenous youth. Some alternative models to court that have been used in Australia include conferencing, Aboriginal courts and specialist courts (such as Drug and Alcohol courts),” the standing committee reported.

It also acknowledged studies that did demonstrate that conferencing had some impact.

The committee also heard from Dr Teresa Cunningham, from the Menzies School of Health Research, who told the Committee about her five-year study:

“I did a five-year evaluation of the youth diversion program for the Northern Territory Police. It was to do with reoffending, obviously. It was one of the major outcomes of it. But I came from the area of restorative justice, and I was looking at the way in which diversions and conferences actually helped kids to get back on track – which they seemed to, whereas the court system had a negative impact on reoffending. In other words, kids who went through the court system tended to reoffend more quickly and also to reoffend more often than those juveniles who had gone through diversions and conferences,” Dr Cunningham said.

States across Australia have diversionary or justice conferencing programs in place, including Queensland which has specialised youth justice centres located in regional centres.

The Queensland Youth Justice Act 1992 also provides a code for dealing with young people who come in contact with the youth justice system which includes diversionary options such as cautioning and youth justice conferencing and recognising the importance of families and communities in the rehabilitation and reintegration of young people, in particular Aboriginal and Torres Strait Islander communities.

A recent survey of youth justice conference participants conducted by the Queensland Department of Communities found high levels of satisfaction with the conferencing process.

More than 95 per cent of participants surveyed, including victims, reported that they thought the process was fair and they were satisfied with the outcome. (Source: Community Connect magazine, Queensland Department of Communities)