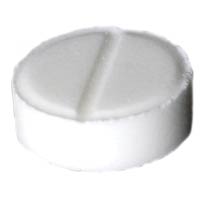 An Australian study has found the use of the drug ecstasy, both in Australia and internationally, is on the decline. While this may seem like good news, the drop in use is believed to be attributed to a perceived weakening in the purity of the drug, causing many users to instead turn to other synthetic “designer” drugs, which can be even more harmful.

“People stop using when [the drugs] don’t deliver the effects that they want from them and they’ll spend their money on something else,” said Professor Michael Farrell, who led the University of New South Wales’ National Drug and Alcohol Research Centre study into the use of ecstasy.

The study also found 16 per cent of those surveyed are using synthetic drugs, such as mephedrone.

Professor Farrell warns that certain types of synthetic drugs, which are made to mirror the effect of ecstasy and given names like “miaow” or “bubbles” can be extremely dangerous.

“Methamphetamine is a synthetic drug that’s derived from plant products and it’s certainly more dangerous than ecstasy,” he said. “It’s more addictive, [causes] more mental health problems and is more likely to be injected and smoked. We’ve had quite a bit of experience with meth over the years and it’s a very problematic drug.”

Because synthetic drugs are considered to be weaker, users tend to take more of them, creating a higher risk of permanent harm and, in some cases, severe mental health problems.

“Young people need to be aware that these different substances have their own dangers and health effects,” said Professor Farrell.