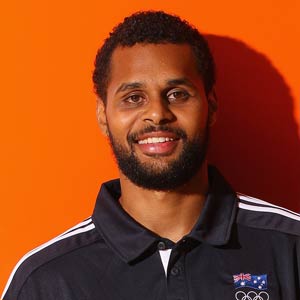 Having bided his time patiently on the Portland bench over the past two regular seasons, and never once whingeing or offering a single word of discontent to the media, Patrick Mills’ steely persistence and resolve is now beginning to pay dividends. Patrick has been averaging up to 20 minutes a game towards the end of the 2010-11 season. In fact, in the final game before the Playoffs, Patrick scored 23 points coming off the bench in his best NBA performance to date.

Not only is Patrick only the second Indigenous Australian to play in the NBA, he’s now set to become the first to play in the NBA Playoffs, after the Blazers qualified as the sixth seed in the Western Conference. A commendable achievement for a very humble and community-minded fella who’s proudly flying the Aboriginal and Torres Strait Island colours in one of the most watched and competitive sporting leagues in the world.

To top it all off, Patty has just been named Australian International Basketballer of the Year. He’s also a regular on Twitter, and you can keep up with his progress at @patty_mills