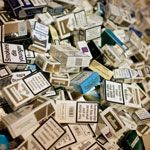 Today’s announcement by the Rudd Government that it will spend $14.5 million to fund initiatives to curb high smoking rates among Aboriginal people has been welcomed by two leading Aboriginal health research bodies.

The Cooperative Research Centre for Aboriginal Health (CRCAH) and the Centre for Excellence in Indigenous Tobacco Control (CEITC) said the anti-smoking initiative would fund research essential to reducing smoking rates and closing the gap between Aboriginal health outcomes and those of other Australians.

Both organisations had last week jointly presented research outcomes to the federal government which indicated that smoking was the major contributor to the 17-year life expectancy gap between Indigenous and non-Indigenous Australians. The CRCAH’s Mick Gooda said there were large gaps in the health sector’s understanding of why successful campaigns to reduce non-Aboriginal smoking rates had not reduced
Aboriginal smoking rates.

“It is absolutely clear that mainstream-designed health promotion strategies targeting smoking have failed completely in the Aboriginal and Torres Strait islander communities and today’s funding announcement will allow us to better understand why this has happened and how we can better encourage and support our people to give up the smokes,” said Mick Gooda. Mr Gooda said that the trialling of new initiatives to stop smoking (the second point of today’s announcement) should also be evidence-based and evaluated so that we get definite knowledge about what works and what doesn’t.

Viki Briggs from CEITC said she particularly welcomed the fact the $14.5m was spread between research, trialling new initiatives and workforce training. However, she argued strongly that the workforce training component needed to support discrete tobacco control workers in the Aboriginal health sector rather than adding tobacco control responsibilities to already over burdened generalist health practitioners.

“Despite the very high rates of Aboriginal smoking and despite the fact that smoking accounts for 20% of all Aboriginal deaths there are almost no health workers working exclusively on reducing smoking rates,” said Viki Briggs. “Reducing smoking rates is an extremely effective way of improving health outcomes and if done properly it will provide the best value for scarce health dollars.”

CEITC and the CRCAH will be seeking a meeting with the Ministers for Health and Indigenous Affairs as soon as possible to discuss how the funds will be spent. Mr Gooda and Ms Briggs said that their respective organisations are in the final stages of planning a joint Aboriginal Tobacco Control Research Roundtable in May to further identify Aboriginal smoking research gaps and prioritise the needs of the Aboriginal health sector to address smoking rates.