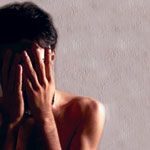 A national survey reveals what young Australians really worry about.

An Australia-wide survey of more than 11,300 people aged between 11 and 24 has revealed that the issues of suicide and self-harm, physical and sexual abuse, and family conflict are of growing concern for Australia’s young people.

These results show a significant change from last year’s survey, in which alcohol and other drugs, bullying or emotional abuse and coping with stress were the top three worries.

Other questions in the survey included: What do young people value? Where do you turn for advice/support? and What people/organisations do you most admire?

For the first time, a significant number of young Indigenous Australians participated in the survey.

Young Indigenous respondents named family relationships and friendships as the things they most valued, as did their non-Indigenous counterparts. However, while Indigenous respondents also named physical or sexual abuse and family conflict as their second and third issues of most concern, their number one concern was alcohol and other drug issues.

Other key results include:

Mission Australia’s spokesperson, Anne Hampshire, said the increase in young people concerned about suicide and self harm, physical or sexual abuse and family conflict was troubling.

“Mission Australia’s National Youth Survey shows that young people are contemplating some very serious issues at an early age,” she says. “It’s hard to say why concern about these issues has increased, while last year’s major concerns have declined in importance.

“It might actually reflect the fact that these subjects ” suicide, abuse and family breakdown ” are more visible today in our society and media, and are spoken about in our schools and families, more so than ever before.”

On the plus side, 76.3 per cent of respondents said that they felt they had adequate information on these issues, and that they know who to turn to for help.

“While young people are confronting these challenges at an early age, it’s encouraging that they’re also not afraid to talk about them with someone that’s close,” says Anne. “Either their friends, family or another relative ” and that’s positive.