A Kimberly-based Indigenous business development program is behind a new program providing advice to aspiring entrepreneurs, helping to get their ideas off the ground. 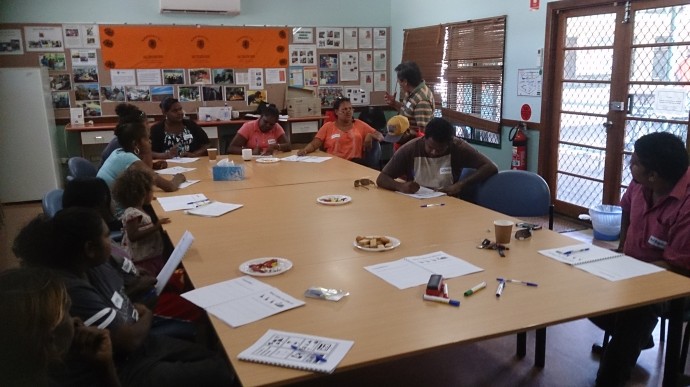 Recently, the team put together some workshops to encourage Aboriginal and Torres Strait Islander people to come together in order to create jobs, economic benefits and economic independence to those living in the Kimberly.

“We only started in October last year, so really this was the first series of workshops and we were really pleased with the outcome and level of participation across the region,” Managing Director, Melissa Hartmann says.

“Based on that success we’re hoping to run an annual program, and even twice a year. We’re already planning the next set of workshops for August and, again, we will be doing the rounds across the Kimberly.”

Through their first workshop series, the group realised that they could be even more effective, and rather than using a ‘one size fits all’ technique, they are planning different workshops for different areas and interests.

“We’re also looking at different industry types as workshops. We’ve done a tourism workshop in the east Kimberly and we hope to also do that in the west Kimberly as well,” Melissa says.

“[This will] help people get into the tourism industry, because we know that’s a good employer of local indigenous people and it allows people to work on country.”

Some of the industries that are thriving in the region include agriculture, tourism, earthmoving and machinery and transportation.

“Tourism is a big one up here because, I guess, that’s where a lot of opportunity lies. There are also businesses in earthmoving and machinery, transport, and there are other businesses in arts and craft production,” Melissa says.

“We’ve also done retail stores, and across the whole spectrum. It’s really very varied depending on where the person is. If they’re on community, it tends to be more agriculturally based or arts and craft based, whereas in the bigger towns there’s opportunity for retailing and more mainstream type business.”

From their last workshop, Morrgul now expects to be helping 12 businesses through the start-up phases, and into operation. A second workshop has been planned for August this year.