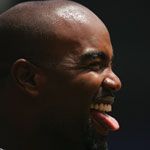 A largely misunderstood illness that can really wear you out.

What are the symptoms?
Sufferers can experience severe, disabling tiredness, especially after physical or mental exertion. Sleeping often fails to bring refreshment. Other symptoms include aching muscles and joints, headaches, a sore throat and other flu-like symptoms. People with CFS also have difficulty with concentration and memory.

Symptoms can last for months or even years, and some sufferers can experience relapses throughout their lives.

CFS can causes a lot of frustration. Because the illness is so misunderstood, sufferers may not receive the help or support they need, and may be accused of laziness.

Do many people have CFS?
It’s difficult to know exactly how many people suffer from CFS, as many people may not recognise it or seek treatment; however it’s estimated that about two to four people in every 1000 may have CFS.

What causes it?
It is not yet known what causes CFS. It’s possible that it could be caused by some sort of viral infection. There is also no test available that can positively diagnose it. To be diagnosed, a person must have been suffering from tiredness and other symptoms for at least six months, and the many other causes of constant tiredness need to be ruled out first.

What if I feel tired a lot?
There are many other illnesses that cause people to feel tired a lot. These include viral infections, depression, kidney disease, anaemia, cancer, eating disorders, obesity and drug or alcohol abuse.

If you are suffering from constant tiredness, see your doctor.