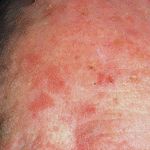 Do you know what to do if you encounter one of these creatures?

The Funnel Web Spider
The male funnel web is the most dangerous spider in Australia ” its bite can kill in as little as 15 minutes! The funnel web is a large, black, aggressive spider with big, powerful fangs. They live in silk-lined burrows in damp, cool sheltered places such as under rocks or logs. If someone has been bitten by any kind of black spider, especially in the Sydney area, you should use the pressure immobilisation method (wrapping the bitten limb firmly in a bandage to stop the venom spreading and keeping the patient still) and call an ambulance. There is antivenom available.

Redback Spider
The redback spider is commonly found in sheds or garages, under houses, logs or woodpiles and in outside toilets. They are easily recognisable from the red, orange or brownish stripe on their abdomen. Redbacks usually bite when they are disturbed, but only the female is considered dangerous. If you’re bitten by a redback spider, seek medical attention immediately.

Brown Snake
The brown snake is responsible for the most snake-bite deaths in Australia. They can be either light or dark brown, but can also be orange-yellow or even black. Brown snakes like to live in places like barns and sheds, and are fast and aggressive. If someone is bitten by a snake, do not wash the bite site. Use the pressure immobilisation method and call for an ambulance.

Fierce Snake
The fierce snake, sometimes called the small scaled snake or inland taipan, has the most deadly venom in the world, but is restricted to relatively uninhabited areas of south-western Queensland, so, fortunately, not many people get bitten.

Blue-Ring Octopus
The blue-ring octopus is found in shallow coral and rock pools around Australia. They carry enough poison to kill 26 adults within minutes. While resting, the blue ring octopus is a pale brown to yellow colour. The blue rings on its body only light up as a warning when it feels threatened. If you see an octopus of any description, don’t pick it up – by the time you see the blue rings it will be too late. The blue ring octopus’ beak is strong enough to penetrate a wetsuit. If someone is bitten by a blue-ringed octopus, immediately use the pressure immobilisation method and call an ambulance. Artificial respiration may also be needed.