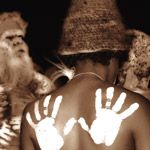 The Dreaming, Australia’s International Indigenous Festival, was held over the June long weekend at the Woodford Folk Festival site at Woodford, Queensland.

The festival was held over three days and four nights, and more than 3000 people from all across the country and the world attended. The festival program featured an exciting and jam-packed program of Indigenous film and literature, performing arts, new media and digital technologies, as well as a food and wine fair that offered festival-goers the chance to enjoy delicious Indigenous cuisine from around the world.

There were also art galleries and workshops, talks and debates on Indigenous culture, a comedy club, street performers and an incredible music line-up.