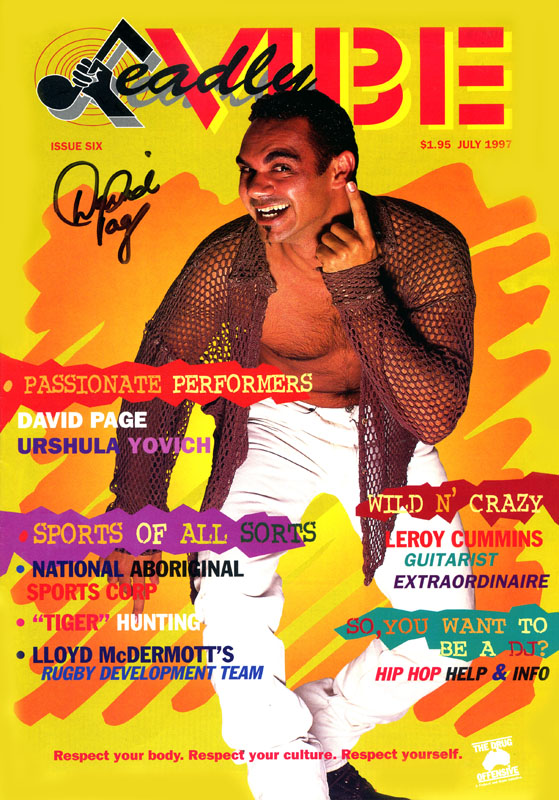 There’s more to this talented guy than meets the eye

The life of a muso isn’t all gigs, parties and wild studio sessions. Like all artists, musicians spend a lot of time in their heads, looking within to find inspiration. On the surface, David Page puts on a great show – he’s warm, open and witty. But, as he admits to himself, he has a tendency to sometimes isolate himself from the outside world.

You can’t help wondering how much of this stems from his experiences as a child star. At the tender age of 13, David was discovered by a scout from WEA Records when he appeared in a local talent quest at a hotel in Sunnybank, in the southern suburbs of Brisbane. Within a couple of years, he’d recorded two hit singles and was travelling the country, playing gig after gig, and making appearances, resplendent in satin suits and platform heels, on seventies tv shows such as Countdown and The Paul Hogan Show.

The makings of an outgoing brat? Actually, quite the opposite. David’s response was to isolate himself. For whilst other people might have craved more fame, David just wanted a normal life.

“It all came so suddenly. I was really scared, I loved what I did but didn’t understand what I was doing. I had no contract, I was on TV, in recording studios, and it was gigs, gigs, gigs. I turned up one day to record a B-side for my single, and there was this full scale orchestra tuning up. It was a full-on thing.”

And it wasn’t just the shock of being thrown into an unknown environment. There was also the exposure to the harshness of the white world, an experience which was only reinforced by the education system.

“It showed me another side of the world. I loved making people feel good, but it exposed me to a lot of racist remarks. On Countdown, there were all these girls screaming, but when I came on, they couldn’t grasp what was going on. I learned how to isolate myself and to let the music take me to different places.”

David’s early career came to a sudden end when his voice broke – “They dropped me like a hot potato” – and he returned to his family for a few years.

You can’t stop the music

But at the age of 19 he was off again this time to CASM, the Centre for Aboriginal Studies in Music at Adelaide University, where he had a chance to formally study saxophone, voice, composition and arranging. These skills have served him well in his capacity as composer for Bangarra Dance Theatre and on prestigious commissions such as Alchemy for the Australian Ballet and for the Flag Hand-over Ceremony at the 1996 Atlanta Olympic Games, with Carl Vine. His latest commission for Bangarra – the soundtrack to Fish, a new work by his brother, Stephen Page, will premiere at the Edinburgh Arts Festival in August before moving to The Festival of the Dreaming in Sydney.

David cherishes being able to work with his brother. Through their experience working together on productions including Praying Mantis Dreaming, Ninni and Ochres they have established a winning formula.

“Stephen’s amazing. He’s an image person, he works on visuals and he’ll feed me and I’ll throw something back and feed him and we’ll get hungrier and hungrier and then we’ll know we’ve had enough to eat. Stephen and I meet and we talk about possibilities and about the way we’ve worked in the past. We tend to stick to that. We’ll reflect back to our groundwork of our ancestors.”

The luck of the country

Also as part of The Festival of the Dreaming, he’s been helping curate an exhibition on Aboriginal and Torres Strait Islander music and dance for Sydney’s Powerhouse Museum. Busy man, eh?”

“Yes the whole feeling is so energised now. It really feels like the beginning of something. Four years ago, people were saying, ‘This is the year’, but I don’t think it’s actually really started happening until now. Perhaps it’s to do with the lead up to the millennium.

As if he doesn’t have enough on his plate, David will soon be moving, along with Bangarra to new studios at the Wharf in Sydney’s Walsh Bay, nest to the Sydney Theatre Company and Dance Company. The new custom-built venue will feature a 280-seat theatre, two rehearsal studios, production facilities, a recording studio, lounge, café and restaurant. Projects on the agenda for David’s new studio include a plan to work with up and coming Aboriginal and Torres Strait Islander musicians.

“The first project will be a collaboration with emerging artists. I’ll be bringing people in to develop their style. Once they’re feeling comfortable with what they’re coming up with and they’ve got the confidence, we’ll put it out on CD. Ultimately, I’d like to produce. My goal is my own label.”

These are big plans, but given his record of success, there’s every reason to believe that David Page will achieve them. More importantly, working closely with other people will be a significant personal move forward for David.

“For years I isolated myself and I was so protective with my work. I just didn’t trust people. But eventually, you have to take a step. You need help – you can’t do it all by yourself.”