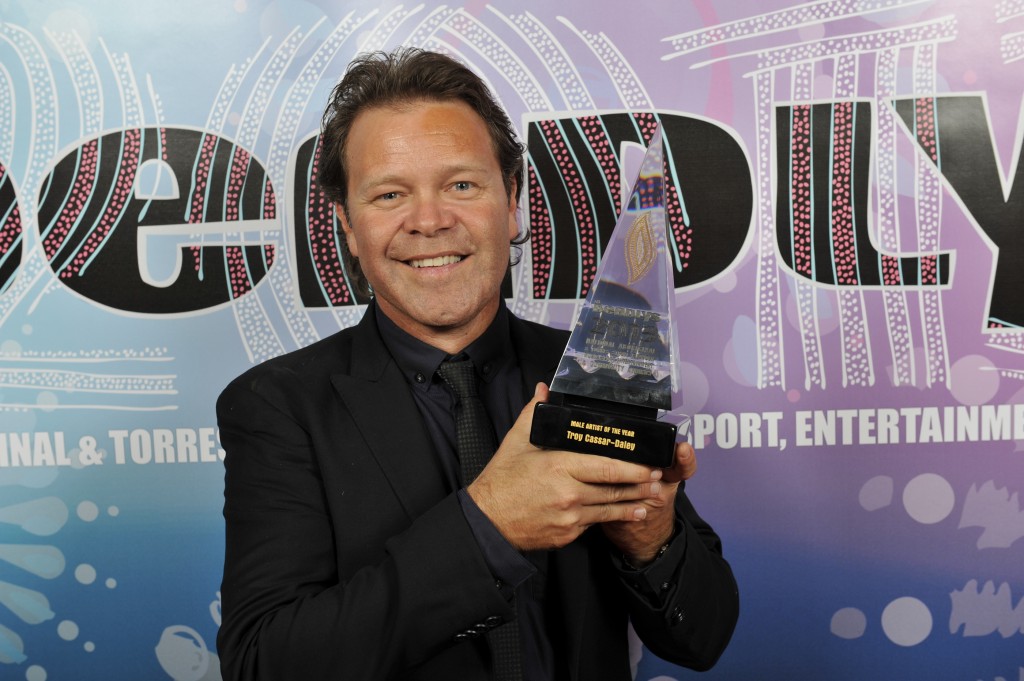 The first time Deadly Sounds spoke to Troy, he was already up to his third Australian Country Music Award and now, 20 years and eight or nine records later, he’s up to his 25th.

Looking back on one of Troy’s early film clips, the humble country music star was singing country music in a car with a blue heeler and looking fresh faced.

Now Troy is married to radio DJ Laurel Edwards, to whom he has two children Gem and Clay.

Growing up with a country music star father and a radio DJ mother, Troy and Laurel’s children have begun to develop an interest in all things musical, including singing and beat making.

“I just love watching them. At the moment he’s [Clay] at that 15 year old awkward stage where he doesn’t know if his voice is going up or down or what’s going on,” says Troy, who also adds he can often hear Gem singing from her bedroom.

“Clay likes doing all that beat building and stuff on his computer and I don’t know what they’re going to end up doing,” he says.

“If they do something musical, it’s going to be interesting anyway.”

Troy says that Facebook and Twitter have made his fan base a lot more accessible, and with a Facebook following of over 29,000, he sure knows how to work social media. Even email has helped him connect with people in unusual ways.

“I had a song a while back that was called everything’s going to be alright and I was watching this TV show of this African-American over there in the US and he was trying to help his congregation through the diversities they were going through,” says Troy.

“I sent him a copy of the song and about a year later I get this email out of the blue, and I didn’t even know what it was about, and it was old mate thanking me for sending the song.

“He said it really lifted them up to hear it, and I just saw them all singing together and a lot of them were unemployed. I think it might have been somewhere in Chicago. It was so nice to see how email can connect. Well it took a while, but it got there.”

To hear Troy’s full interview with Rhoda Roberts along with many more, tune into your local community radio station and listen to Deadly Sounds from Sunday.