Launched by Rachel Perkins, Alice Springs will next month host the inaugural Mbantua (Mparntwe) Festival and festival organisers have promised some of Australia’s leading performers.

Other features include two major theatrical shows, an art exhibition, an arts market, and cultural workshops just to name a few.

The idea for the festival was conceived last year by Rachel Perkins and artistic director Nigel Jamieson. 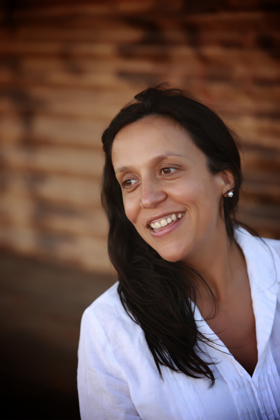 “I think it’s going to one of those extraordinary, momentous occasions in people’s lives where something very special happens and people come together in an unusual and amazing way,” Rachel Perkins says.

“It is the birth of something new and we hope that it’s going to be every two years… who knows, it might become an iconic festival.”

The whole festival will be held in a big dry river bed, surrounded by desert mountains which used to be a permanent water source where people would gather.

“It then became, in the early 1830s, the first permanent white settlement. They built a telegraph station here when they put a telegraph line all the way from Adelaide to Darwin,” Rachel says.

“So that became Alice Springs. That is the actual spring that it’s named after where they set the Telegraph Station up, and then in the 1930s the historical buildings were constructed there. They then set up what they called a native institution for half cast children as they were called in those days.

“So this institution had a major impact on so many people’s lives. We are doing a musical show about the bungalow, about that period from 1932 to 1942, and we have been casting from the kids of Alice Springs; many of whose great grandparents were there at the bungalow. And we have a number of major artists contributing songs.”

Some of the key artists include Paul Kelly, Warren Williams and David Bright and Dan Sultan.

“It’s going to be quite beautiful and I think it will be a really emotional experience for the families who attend the show, and that is the first thing that kicks us off for the festival,” Rachel says.

The Creative Bush Mechanics will be doing a live version of their television show which will include big machinery, fire, metal and “all things crazy car culture”.Other performers that attendees can expect to see are Missy Higgins, Bernard Fanning, Catherine Satour, Small Jupiter and the Jintu Desert Band
.