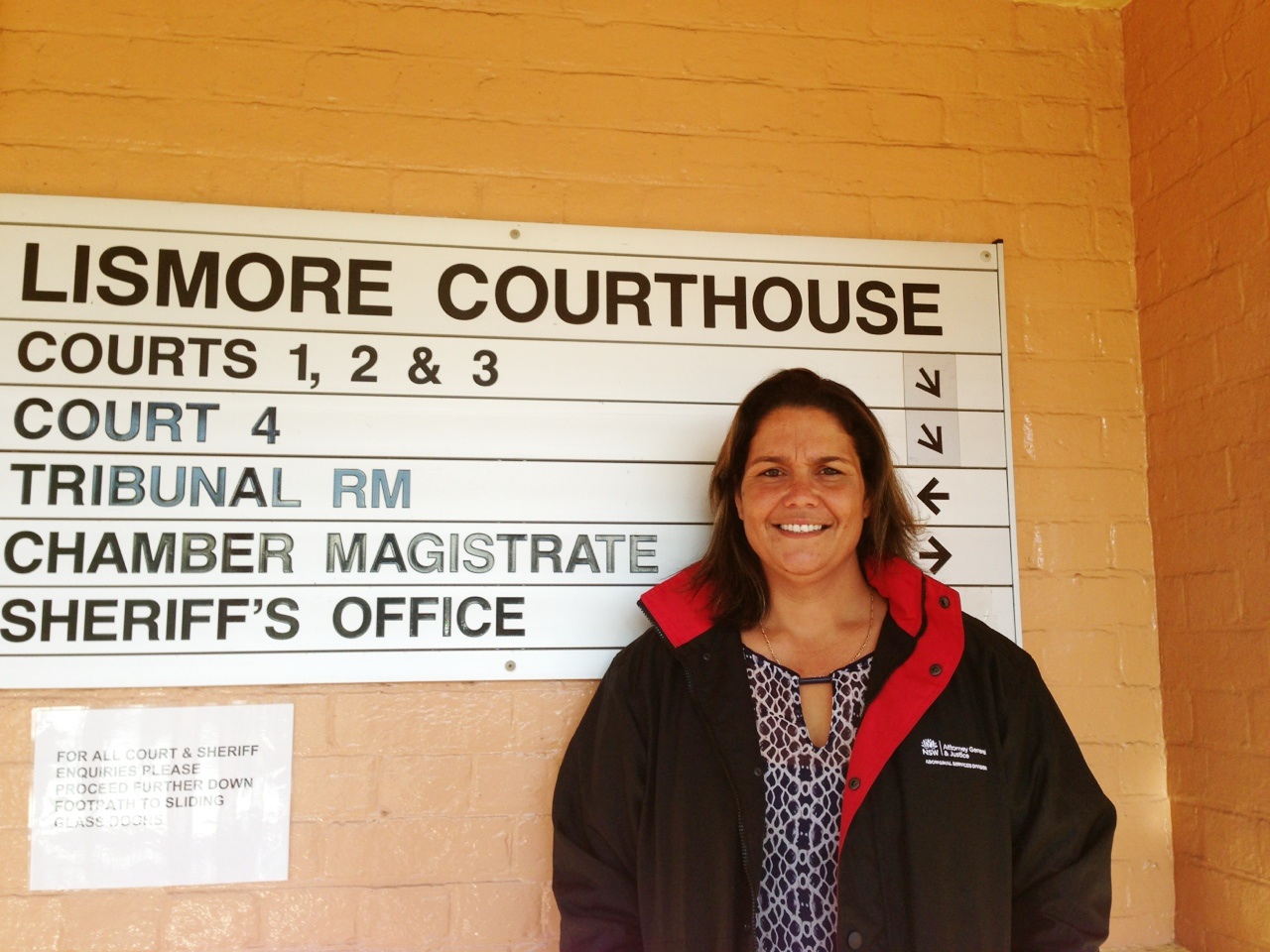 Amanda Dodds’ job is more than just a title. She often spends gruellingly long hours in jail cells, court rooms and interviews to support young Aboriginal people caught up in the system.

Amanda is an employee of the NSW Attorney-General’s Department in the Aboriginal Programme Unit (Crime Prevention) in the Lismore area. Her main role is to create youth activities to reduce the crime rate within the community.

“There are about 30 community members and we get together once a month to examine the crime rate and behaviours of our mobs in the communities. Then we come up with activities and programs to reduce that,” Amanda says.

Beyond this, Amanda offers her presence to Aboriginal youth who may not have anyone else by their side during tough times in the justice system.

“I guess it gives them a face in the courtroom, a voice when they’re trying to implement stuff, and it empowers them as well to know that we’re here and we’re here to help,” Amanda says.

After completing Year 12, Amanda was accepted into a university law degree and there she had some experiences of her own which shaped her passion even more-so to work with Aboriginal youth.

“I’ve had a passion for young Aboriginal people in the system since I was young. I finished Year 12 and did 18 months of a law degree, then a few personal things happened and so I left that and I ended up doing a Police course in Queensland,” Amanda says.

“I thought I was going to get into the Police force that way but I actually fell pregnant with my first baby and they gave me 18 months off, but every time I went back I fell pregnant. So I ditched at idea.”

It was then that she moved to NSW and coincidentally got the job at the Attorney-General’s office.

“I came to NSW and it was a bit of a coincidence I guess, I applied for the justice group job and I got it. I’ve just always had a passion, it’s my drive.”

As one who is constantly applying for grants, Amanda recently received $15,000 and successfully used it to set up and run an eight week program for Aboriginal youth in the Lismore area. The area statistics showed a dramatic decrease in the level of juvenile crime on the days of the program.

“It keeps me away from my kids and when I’m not with my kids, these other people’s kids are my drive,” she says.