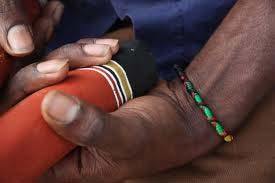 The New South Wales Aboriginal Land Council has expressed its concern at the watering down of significant Welcome to Country acknowledgements in Victoria.

Chairwoman Bev Manton said the gesture was a symbol of respect and acknowledgement for the original custodians of this country we all love so dearly.

She expressed her sadness that the Victorian Government had turned its back on such an important tradition, and is concerned that the South Australian opposition leader, Isobel Redmond, possesses similar sentiments.

“It’s simply wrong to suggest that recognising the Aboriginal custodians of land in this country is tokenistic or impractical,” Chairwoman Manton said.

“Some have suggested the gesture does nothing for Aboriginal people, but they’re mistaken.

“By showing a modicum of respect for traditional owners and their ancestors’ passed, you are doing a great deal to help bridge the gulf between black and white in this country.

“Using these words at official events may not heal the sick, or boost educational outcomes for Aboriginal kids, but it’s not supposed to. It does however show that our elected leaders have an understanding and an admiration for Aboriginal culture and people.

“It’s symbolism, but its essential symbolism.”