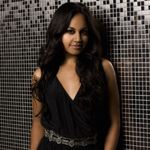 When Jessica Mauboy walked onto the Sydney Opera House Concert Hall stage to present an award at the Deadlys last month, an audible gasp ran through the audience.

With her hair swept up and wearing a flowing pink gown, it was clear the shy teenager first seen on Australian Idol has grown into a beautiful and confident young woman.

She’s also a talented and successful young woman, with a Top 5 single, an album due out before Christmas, an upcoming national tour and the lead role in the film version of the hit musical Bran Nue Dae, all before her 20th birthday!

“Performing at the Deadlys felt so good, I had so much fun,” she says. “Everything’s just coming together really well at the moment and I think that showed.”

The Deadlys also gave Jess a chance to catch up with good friend and fellow Top End artist, Gurrumul Yunupingu. It has been an amazing year for both Indigenous performers and the two share both a love of music and deep admiration for the other’s work.

“He’s given me a new song that he wrote especially for me,” she says. “I am so in awe, I think he has the voice of an angel. I cried when he sang at the Deadlys.”

Gurrumul is just one of a growing fan club of professional musicians and producers attracted to the former Australian Idol runner-up, not just for her talent but also for her passion for music.

The buzz about Jessica’s incredible voice is spreading around the world, including catching the attention of Florida-based artist Flo Rida. After listening to the studio recording of Running Back, he immediately laid down the rap bridge for the hit song.

“It was just so random,” she says with a laugh. “It was like a last minute thing that he became part of it. There was just something missing from the middle of the song.

“Through the Sony connection he got to hear the song and straight away he was like – ‘yea, let’s do it’, I couldn’t believe it! No way does Flo Rida want to do a rap with me?!”

While the vocals for the song were recorded by the artists in two different countries, the two eventually met during Flo Rida’s promotional visit to Australia.

“He was asking me so many questions about my background and heritage,” Jess says. “He’s an amazing, beautiful, respectful guy.”

With an Aboriginal mother and a Timorese Indonesian father, Jessica gives full credit to her family in her rise to stardom, a sometimes wild and crazy journey that can easily cause a vulnerable young star to crash and burn.

Jessica’s radiant confidence has even won over the normally hard-line, stony-faced executives of Sony BMG. After the success of her first album, The Journey, they made the rare decision to give her artistic freedom, turning her loose in the studio to record the music she wanted.

As a result, Jessica is the proud co-writer of nine of the tracks on her new album.

“Sony really believed in me,” she says. “I’ve always dreamt of doing this and I was a little bit nervous, but I have always wanted to create my own style. On Idol it seemed I was always singing ballady stuff and now I get to open up and really be myself.”

Before going on a national tour following her album’s release, Jessica will be taking on a new challenge – singing, dancing and acting in the film version of Bran Nue Dae alongside Deborah Mailman Ernie Dingo, Geoffrey Rush and Missy Higgins.

“It’s going to be so much fun,” she says. “Deborah Mailman is such an amazing woman and has been coaching me with my acting so I can’t wait to get on the set.

“This is another door opening for me. But if later I decide acting’s not for me, then that’s fine too.”

It’s fairly certain that doors will keep opening for Jessica, all the way to the top. For now though, her career philosophy is as fundamental as any girl’s from Darwin can be.

“There’s all that fashion and glamour and that’s fun but it’s the music that means so much more to me, it’s music that makes me happy” she says.

“If you listen to your heart, you can create something really big.”