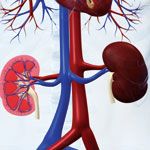 Think you could be at risk of kidney disease? Don’t delay – get checked today.

Kidney disease is having an even greater impact on Indigenous communities than previously realised, particularly in the Northern Territory, where it is estimated that up to 50 per cent of Indigenous people over 35 years old have kidney disease.

New research from the Public Health Association has also revealed that Indigenous people are eight to 10 times more likely to suffer from end-stage kidney failure than other Australians.

“This can be compounded due to increased levels of poor nutrition, high alcohol use, streptococcal throat and skin infection, and socioeconomic disadvantaged living conditions.”

CKD is often referred to as the “silent killer”, as 80 to 90 per cent of kidney function can be lost before the patient experiences any symptoms.

“The latest research has recognised kidney disease is a ‘disease multiplier’,” says Dr Mathew. “It causes death in many people with diabetes and hypertension and predicts the development of a cardiovascular event (heart attack).

“If detected early through the screening of high risk groups CKD can be treated, thereby reducing other complications.”

Are you at risk?

If you answered yes to one or more of these questions you are at increased risk of CKD. Head to your local doctor or Aboriginal Medical Service for a kidney health check. This usually involves:

You can also keep your kidneys healthy by:

Kidney Facts
Did you know?

Chronic kidney disease (CKD) has no warning signs – a person can lose up to 90 per cent of their kidney function before they feel sick.

Up to two million Australians could have some form of kidney disease and not know it.

CKD significantly increases your risk of heart attack and stroke.

End-stage renal disease (ESRD) is a serious condition of total or near total and permanent loss of kidney function, which without treatment, is terminal.

The overall death rates from CKD are up to ten times higher in the Aboriginal and Torres Strait Islander communities compared to the rest of the Australian community.

In some remote communities kidney failure is 30-50 times the national average.

50 per cent of sufferers live in regions with no treatment facilities – many Indigenous people have to leave their family and communities and travel hundreds, sometimes thousands, of kilometres to access dialysis machines to stay alive.