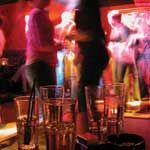 The Federal Government has announced millions of dollars of funding to tackle what it calls the binge drinking “epidemic” among young Australians.

Research has revealed that, in any in any given week, around 170,000 12- to 17-year-olds are binge drinking or drinking at dangerous levels. One in five 16- and 17-year-olds also drinks at risky levels.

New research commissioned by the Alcohol Education Rehabilitation Foundation reveals at least one third of 18-24 year old Australians consider themselves to be binge drinkers and that 41 per cent of young people surveyed have drunk so much they’ve passed out on at least one occasion.

Additionally, the Australian Bureau of Statistics has shown that, while Aboriginal and Torres Strait Islander people are less likely than non-Indigenous Australians to drink alcohol, those who do so are more likely to drink at dangerous levels.

What is binge drinking?
Binge drinking is drinking heavily over a short period of time, drinking to get drunk or drinking continuously over a number of days or weeks.

Why is binge drinking bad?
Alcohol is the second largest cause of drug-related deaths and hospitalisations in Australia (tobacco is the largest).

Binge drinking is a major risk factor for illnesses like liver disease, pancreatitis, diabetes and cancer of the mouth, pharynx, larynx, oesophagus, liver and breast.

Alcohol is also a common factor in car accidents, falls, burns and suicide. It can also lead to domestic violence and other violent crime, sexual assault and family breakdown.

You should take particular care with alcohol if you:

What is safe drinking?

Both men and women should also have at least two alcohol-free days a week.

It’s important to note that “saving up” drinks for a few days and then drinking them all at once is still binge drinking.

What is a standard drink?

In Australia a standard drink is any drink that contains 10 grams of pure alcohol. Different types of alcoholic drinks contain different amounts of alcohol.

The following are examples of standard drinks:

Alcohol is not always served as standard drinks. For instance, beer also comes in a schooner, and wine is sometimes served in a large glass.

Alcopops, or pre-mixed alcoholic sodas, are becoming steadily more popular among young drinkers. These ready-to-drink, spirit-based beverages are often really sweet and brightly coloured, which makes them more like soft drinks and masks the fact they contain alcohol. This means that young people are more likely to drink them at risky levels.

The alcohol content of alcoholic sodas can vary greatly, but some can contain more than full-strength beer. They can also contain much more than one standard drink – some alcopops contain two standard drinks per bottle.

If you or someone you care about has a problem with alcohol, speak to your doctor or Aboriginal Health Worker, or contact the alcohol and other drug service in your state or territory.