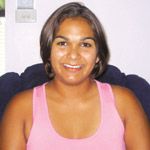 The program, called Strong Families, is being run through the Apunipima Health Council, who recently received a three-year grant from the government to fund the project.

Apunipima is an Indigenous health organisation that has mainly focussed on addressing chronic disease in Indigenous Cape York communities. However, through their work, health workers identified gaps in services offered to young parents and young families and recognised a lack of parenting skills.

For instance, according to the Department of Family and Community Services (FACS), the incidence of Foetal Alcohol Syndrome was high, causing grave concerns. Also, many new mothers were unaware of the harm that smoking and poor nutrition caused to their child.

The health council saw that there was a need for preventative programs that involved families and communities.

“There were a number of programs and services available to people,” says a spokesperson for FACS. “However there was very little community involvement or ownership. Apunipima identified that without local community support and ownership that projected outcomes would not be as good.”

To achieve this, community workers were employed and trained to work in the communities, to act as a link between Apunipima, service providers and parents, and to help develop ideas and programs.

“The community workers asked families what they wanted,” says the spokesperson. “Most just wanted to be good parents.”

Parents in this region face many problems. Domestic and community violence is very high. Alcohol and drug abuse is widespread, leaving many communities with few, if any, role models. Basic parenting skills were lacking, such as an understanding of the need for good antenatal care and nutrition.

However, some communities identified other programs. For example, targeting men to become better parents, anger management for men and connecting young people with their families and peers through learning camps.

When parents attend one session or program, the community workers provide follow-up and support to parents and encourage them to attend other programs.

Over 320 people have now been involved in the program.

“The numbers attending workshops indicate a high level of interest,” says the spokesperson. “Evidence would suggest that this will, over time, improve community functioning. Parents are gaining more knowledge and life skills.”