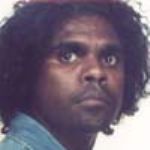 It’s not that easy starting over in new places with new people, but Leon Burchill is used to it by now.

In fact, Leon has developed somewhat of a liking to adjusting to new environments. Now studying at NIDA in Sydney, 26-year-old Leon is the only Aboriginal student currently there. That’s not a problem for him, though, as he seems to have a knack for adapting to challenging situations.

Leon was the captain of Mossman High School, in Far North Queensland, before he started studying all over the place ” in Melbourne, Brisbane and now Sydney – to pursue his dream of becoming an actor.

“I had a six-year plan to get to NIDA, and during that time I went to Melbourne and Brisbane studying drama,” Leon says. “I’m a country boy but I have adjusted to the city because I have so much passion for what I’m doing. I would go anywhere to do it.”

Leon describes himself as a cultural person, and his background in traditional dancing whetted his appetite for performance and acting.

“I come from the Daintree region of Far North Queensland and grew up doing traditional dance,” Leon explains. “When we dance we tell a story through movement, and I enjoyed dancing so much that I began to think to myself that this is something that I would like to do with speech as well.”

After leaving high school in 1993, Leon made up his mind that he wanted to be an actor and he set about pursuing his vision.

“I auditioned for NIDA twice and was accepted this year,” he says. “Getting adjusted to the curriculum and the system was a little difficult at first, but everyone being so open made it a lot easier. One of the best things about being here is meeting and getting to know everyone and getting to work around so many talented and creative people.”

Now part-way through his first year and expected to graduate in 2005, Leon has plenty of time to think about where he wants to go with his acting career.

“I would really like to go into film, hopefully involving other Aboriginal people,” Leon says. “If not, I’d definitely want to work in helping other young actors.

“I tell myself every day that if I really want it then first I have to believe in it – believe in myself that I can get it,” Leon says. “I think the important thing for other young people is that they find what it is they really want in life. Once they know this, then have the passion to achieve it, follow your heart and believe in your spirit.”

Self-belief can go a long way, and Leon Burchill is a great example of how far a little vision and a lot of will can take you.