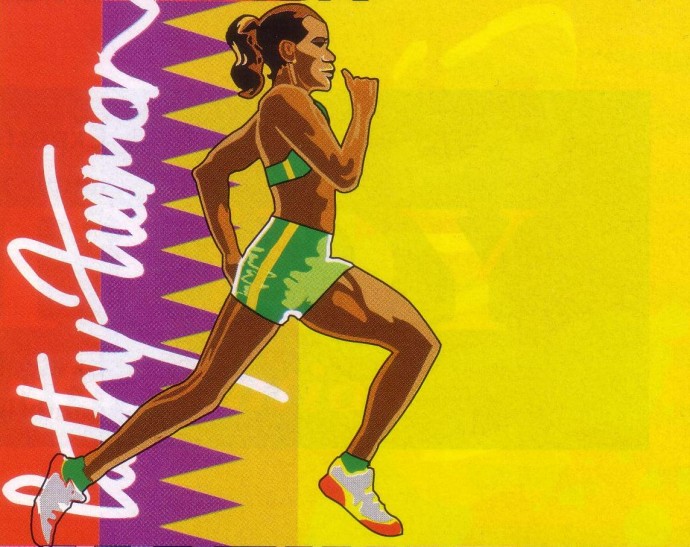 I am incredibly motivated to being the best runner I can be, but not all of the time.

It is very normal to feel lazy, slack and totally flat at times. After all we are only human, we’re not machines that can be turned on and off at the press of a button.

I can share with you some of my own experiences and hope there is something there that can help.

The only times when I have felt truly motivated, full drive and fierce ‘bulldog’ determination, are times following occurrences of sadness and disappointment when I have been tremendously affected and personally.

I lost my father in 1993 when I was competing in a series of races in Europe. Days after his death, I went on to run a personal best time and the third fastest time over 200 metres ever by an Australian woman.

In 1995, I mentally thought I could win the World Championships for the 400 meters but physically I couldn’t – my body simply wasn’t strong enough.

I ran a very disappointing fourth place in a fairly slow time but the following year I won an Olympic silver medal, finishing second behind one of the greatest female 400 metre runners ever, running the fifth fastest time in history and running over a second faster than my personal best.

Even after months of what I call ‘rest’ which in reality are times when I am lazy, slack and lacing in motivation (rest is just as important as dedication, commitment and perseverance to achieving goals) I have complete faith in myself to rise when it really counts.

Sure, there are times when I’ve felt like just dropping everything and doing something else but no matter what I think or say I know the reality of it is that I’ll always want to be running.

There are times when it’s a real challenge to continue but then when I think about all the happiness and fulfilment running brings to me and so many others, there’s no way that I could ever possibly stop.