In the 80’s when North America’s hip hop influence was barely existent in Australia, Munkimuk was already embracing the subculture, practicing all four elements including DJ’ing, breakdancing, rapping, and graffitiing. And although he’s not particularly fond of it, he’s been dubbed the Grandfather of Indigenous hip hop as a result.

Munkimuk, also known as Mark Ross and Munk, began breakdancing in 1983. From there, he started rapping in 1988 and went onto form the Deadly Award winning group South West Syndicate in 1992. After South West Syndicate dispersed in 2003, Munk released a solo album in 2005 but since then he has been working on the other side of music: producing…until now.

A funk/ hip hop band from Sydney formed by Munk, The Renegades of Munk are gearing up to release their debut album and have just released their first single Welcome Back; an aptly named song with lyrics that more or less let listeners catch up with Munk’s shenanigans whilst he was behind the scenes.

“It’s is the first song on the album which is a bit of an intro track; a fitting first single,” says Munk. “The clip is kind of cool as well. Also, the track features the lovely ladies that are in our live band; Gemma Summerhayes, Danielle Tuwai, and Helen Talipeau.”

“I had a heap of great melodies and some of my favourite artists all wanting to be part of the album so it all came together nicely,” he says.

Munk says that his music influences for the album, “are not your typical hip hop artists”, and he hasn’t, “really been up to date with the hip hop world since the early 90’s”. He cites REM, Midnight Oil, Nabarlek, V Spy V Spy, and The Cure to name a few.

“Myself, I prefer to write songs when I ride trains and planes so I had quite a few songs. Once I had the concepts of each song, I wrote the music as the soundtrack to the lyrics, which are very technical in the way of rhyming schemes and multi-syllable patterns,” he says. 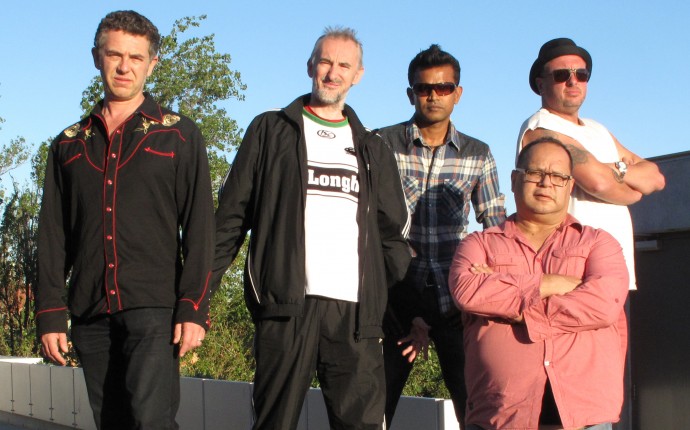 Although he’s now in his mid-40’s, Munk is still breakdancing even though the 30 years of, “banging my body around has started to take its toll”. As well as this, he’s been producing music internationally in Thailand and the Philippines and hosting The Indij Hip Hop Show, which is in its eighth year now and still, “going strong.”

“I think it is an essential community service I provide on a weekly basis to many radio stations around the nation and broadcast out of the Koori Radio studios in Redfern,” he says.

Another community service he provides are educational hip-hop projects around the country.

“I have not had that much time to work on the workshops which I have been involved in since 1995, but with that said, a lot of the people that were in them workshops are now teaching them, which is the whole idea of it,” he says.