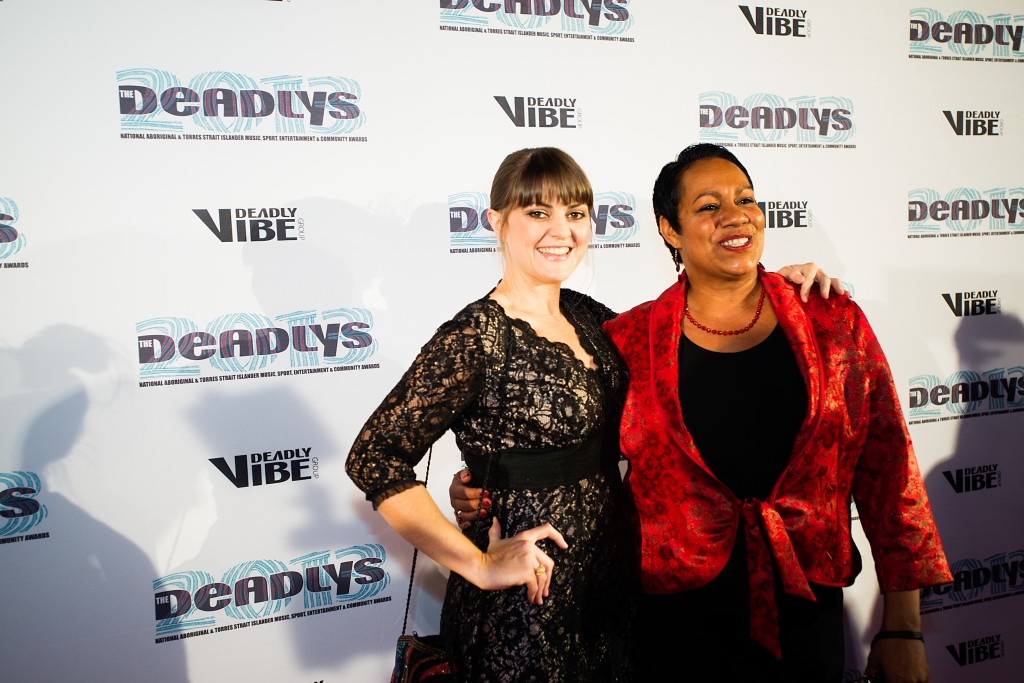 On Tuesday before the Deadly Awards, Deadly Vibe Wire had the opportunity to catch up with some Deadly musicians. One being Sue Ray, who was preparing for her trip overseas. The down-to-earth, old school country singer filled us in on her latest adventures and told us what success means to her.

How does it feel to be a finalist?

What are you up to at the moment?

I’m about to head off to Nashville tomorrow actually to do some song writing for a new album that I hope to make when I get back at the end of the year.

Have you been to Nashville recently?

I went over there last year the Musicana Conference, went to that and just fell in love with the place and the vibe and everything. Musically, for my genre of music, it’s really big over there so it’s a good place to go and be inspired with music.

How would you describe your genre?

It’s hard to describe but probably old school country. I have quite eclectic taste, so it’s hard to kind of define my sound but hopefully just… ‘good’.

Where do you see yourself in five years?

Hopefully as a sustainable musician. Hopefully making enough money so that I don’t have to have a day job, you know. Making music, touring and just doing what I love. Following my passion.

What does success mean to you?

Being content and happy, just secure and doing what I love.

Vibe also spoke to Benny Walker, who had been nominated for the Album of the Year award. Benny has recently returned to Australia from his Canadian tour.

How does it feel to be a finalist?

It’s very exciting and I’m very, very proud and honoured to be a finalist at the Deadlys.

You’ve switched styles a bit to more of a blues and roots, tell us about that?

I’ve always sort of played a blues and roots style. Blues was probably the first style I was into and it’s always been an influence on my music. I think I was just able to express it more on the new album.

You were recently touring Canada, how was that?

It was great, we did some really beautiful gigs, the crowds over there were really receptive and the live show was received really well; we had a great time.

What kind of feedback have you received on your new album?

It’s been really positive. It must be okay to someone’s ears, I’ve been a finalist in this great award so it’s really been quite positive.