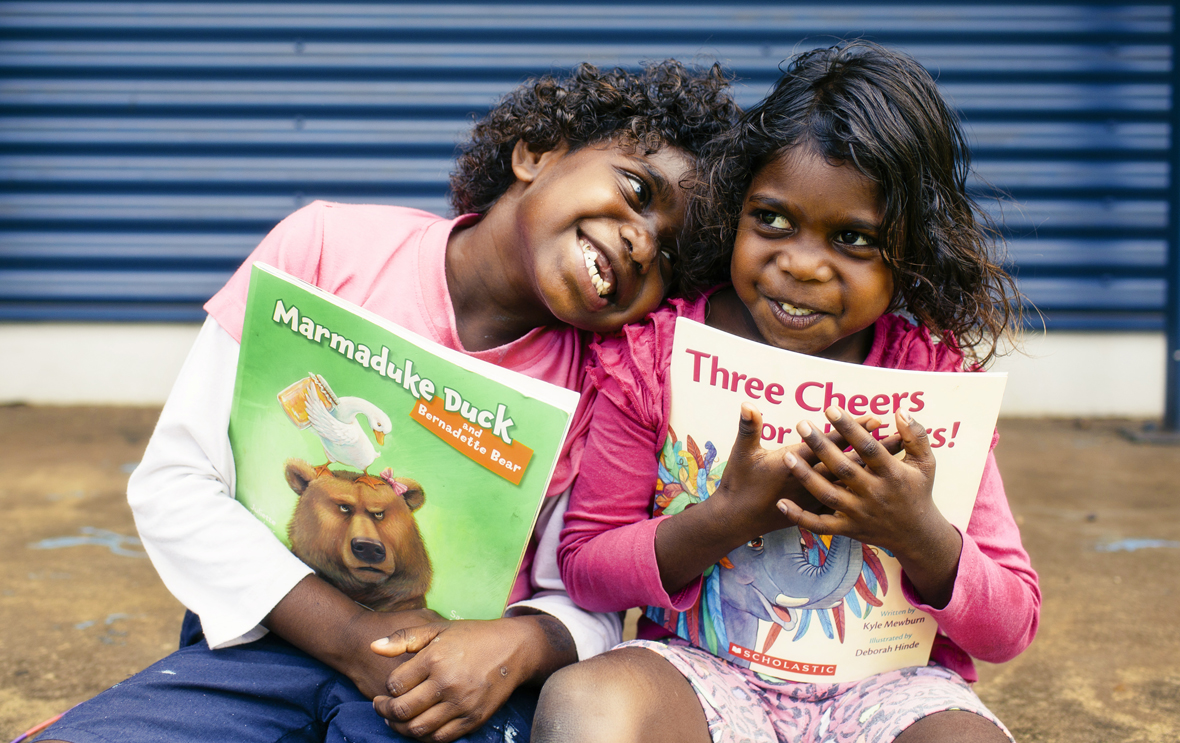 This year the remote Groote Eyelandt community is the spotlight for Australian Literacy and Numeracy Foundation’s Wall of Hands fundraising campaign.

The Wall of Hands has been running annually for around four years, and has raised large amounts of money for programs to close the gap for Aboriginal and Torres Strait Islander children living in remote communities.

“It’s an online movement and it highlights the fact that only one in five kids in very remote communities can read at a minimum standard from the NAPLAN statistics,” co-founder of ALNF, Kim Kelly says.

Next week is also National Literacy and Numeracy Week from the 29 July- 4 August.

The idea of the Wall of Hands came about when the Australian Literacy and Numeracy Foundation team sat down to come up with ideas for different ways of raising money.

“We sat down in 2009 and thought ‘what is a way that people can engage?’ I think people are really sick of buying ribbons and badges because it’s faceless and this is really social,” Kim says.

The Wall of Hands allows people to log on and make their own fundraising profile with a photo of them putting their hand up.
The communities of focus are selected from a waiting list and are chosen in order of need. The first community to reap the benefits in 2009 was in the Central Desert and this year Groote Eyelandt in the Northern Territory is the target community.“When you put your hand up, it’s actually a really personal statement and people can go online and upload pictures of themselves with their hands up,” Kim says.

Last year the Wall of Hands raised about $350,000 thanks to the generous sponsors and, at time of publication, the Foundation had raised $210,000 towards literacy programs in Groote Eyelandt.

“It was really fantastic, people really got involved, kids and schools got involved because it is a national campaign,” Kim says of last year’s efforts.

The Wall of Hands is also sponsored by the Outdoor Media Association (OMA) who is responsible for signage on public transport and places. The contribution of signage and advertisements by the OMA member organisations have been a huge boost.

For more information about the Wall of Hands or to raise your hand go to www.wallofhands.com.au