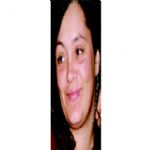 Laurel Hutchinson of Kempsey is already raising eight kids but she doesn’t mind if more of them drop in or come to live with her for a while – she just really, really loves kids.
Laurel, who turns 34 this month, has packed a lot in to her busy life, but she wouldn’t change it for the world.

After growing up in different cities and town in NSW and Queensland, circumstances cut short her schooling when she fell pregnant at 16 with her first child. She went on to have four more (she lost one child as a baby). When her children’s father died, she decided to be happily single – but that wasn’t the end of her growing family.

Sydney-born Laurel has also taken on the responsibility of raising her sister’s four children. That means her home is a rowdy place at times – the eight kids range in age from five through to 17. And sometimes other children from the Kempsey community who have troubled circumstances come to live with her. Phew!

But Laurel wouldn’t have it any other way. “I think kids are fun … you can sit down and talk to them,” she says. “The ones I know are definitely not shy. But I don’t think they’d be as open with their own parents.”

A typical day for Laurel would wear out most other people. She gets up at 7am, and often doesn’t get to bed until 1am the next morning! Her kids have been raised to be fairly self-sufficient, and they will get their own breakfasts in the morning. “But they like to leave a big, big mess,” Laurel says with a laugh.

Dinner is at 7pm, followed by homework, then, as the kids start trooping off to bed, Laurel will start cleaning the house all over again.

She says although she would love to have some more time for herself – she likes to read – her busy life means that it rarely happens. “I do read a lot of children’s books!” she says.
As if being a full-time mum isn’t enough, Laurel also helps out at Lifeline twice a week, is the registrar for the Dragons (Kempsey Junior Rugby League), and has a menagerie of animals to look after, including three chihuahuas.

“My kids don’t only bring home people but animals as well!” she says. “I’m a bit of a magnet, a child magnet, I think!”

Laurel moved to Kempsey from Sydney 10 years ago so that her children would have a better lifestyle as they grew up. But Laurel’s positive attitude to life is probably the best thing any child could wish for.

“I’ve had a lot of misfortune in my life but you can’t be angry all your life,” Laurel says philosophically. “I think that losing people in my immediate family has made me look at things in a different way.

“I’ve always got a smile on my face even when I’m down. There’s no sense in having a frown on your face. I don’t want my kids to grow up thinking you should be angry.”
Laurel says she is able to maintain such a positive attitude with the help of good friends. She also has her own personal goals to focus on – she’d like to go back to TAFE to complete her high school qualifications, and one day, when her kids are a bit older, she’d like to get a job working with young people.

“Kids are pretty special,” she says, “and you have to let them know that.”
Well, everyone here at Vibe thinks Laurel is pretty special too.
Congratulations, Laurel, on being Deadly Vibe’s very first Parent of the Month.