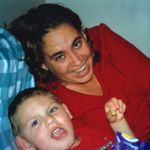 Jodie Bell leads a very busy life. Yet she’s never too busy to lend a helping hand to friends and family in need. “I’m the rock of the family,” she says. In fact, this mother of two often goes out of her way to pick up friends’ kids on the way to school in the morning, as well as drive across three suburbs to take a niece or nephew to pre-school.

Jodie says her typical day usually begins at about 5:45am. She cleans the house, organises her two kids’ backpacks and breakfast, and wakes up Aidan and Alana for school. By 8am, she’s out of the house and driving a carpool of four to school (she picks up her niece and a friend’s son along the way). After school, she brings her kids home and makes sure they begin their homework straight away. Then, depending on the day, the late afternoon is dedicated to the kids’ swimming lessons, netball games or tutoring. Jodie will lie down with Alana and Aidan at bedtime (around 8pm) until they are asleep. But sometimes she falls asleep herself!

Though she rarely has time for herself these days, Jodie tries to use play dates in the park as a chance to catch up with friends. Monday and Friday nights are reserved for nice family dinners, consisting of lots of fresh foods and baked dishes, which leave lots of leftovers. If she doesn’t pass on the extra food to relatives, then it goes to friends and cousins who frequently visit for tea and stay the night. Jodie also coaches a netball team, and plays a few games herself on Thursday nights. Saturday is a combination of activities, such as soccer club for her husband, errands and playtime with the kids, but it is Sunday that’s specifically “family day” – a day when everyone can do something together, such as horseback riding or going to the beach. She says of all the activities: “We try to spend time together, no matter what we do.”

You see, Jodie isn’t a super mum just because she has remarkable stamina to keep up with her kids Aidan and Alana, who are aged four and six respectively. She also works as the Aboriginal Education Assistant at Guise Primary School in Macquarie Fields, the same school her children attend.

When she first moved to Macquarie Fields about three years ago, Jodie was working at another job. But she eventually found the commute too difficult and too long to fit in with the needs of her children. Wanting to play an active role in their education, she left her job and began to get involved at her daughter’s primary school. “My kids come first,” Jodie says. At first she worked in the canteen and then she joined the school’s AASPA committee. Now she spends her working day at Guise Primary, sometimes skipping lunch to spend time interacting with her students on the playground.

As an AEA, her aim is to put as much of an Aboriginal perspective into the syllabus as possible. Whether that is through small arts and crafts projects in Year One, constructing a symbolic community mural for the library or bringing in alumni guest speakers such as performer Matthew Doyle, Jodie wants young kids to learn as much about their culture as they can.

The most important thing to Jodie is that she can be near her kids. Through hard work and research into Aboriginal culture, she gives her kids and her students more ways to express themselves. She says she’s still finding her feet in this new position, but we think she’s doing an amazing job!