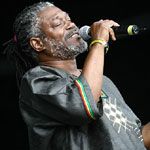 From Kingston Jamaica to the bass driven music lovers of Melbourne comes Roots Nation 2008, taking audiences on an inspiring cultural and artistic journey experiencing the amazing food, sights, music and art forms that are part of the incredible genre of Reggae Music. Roots Nation 2008 will feature the mighty Jamaican music legend Horace Andy, who’s unique voice is adored by reggae fans the world over, and carried hip-hop and soul into a new era through his collaborations with Massive Attack. Also headlining will be the brilliant Luciano, the most universally revered, iconic figure to emerge in reggae over the past decade. Not only is he a consummate songwriter, a wonderful singer but also a spellbinding live performer. Luciano will be joined by fellow Jamaican Reggae star Mikey General.

Local acts will include Australia’s own Indigenous reggae star Bart Willoughby, front man of the legendary No Fixed Address and Mixed Relations and now backed by his Melbourne based band playing all their hits. There will also be a massive line up of Melbourne’s reggae selectors and MC’s including Natty Sistren Sound, Heartical Hifi and many more. Prior to the Roots Nation concert in Melbourne a series of workshops will be held in Indigenous communities of the Northern Territory with visual footage of Jamaica and Australia to accompany the main concert.

Horace Andy now regarded as Jamaica’s most distinguished and loved vocalists; Horace is blessed with one of the finest voices in Reggae Music. His classic recordings from the ’70s with producers such as King Tubby, Prince Jammy and Bullwackie remain crucial listening, while his more recent work with trip-hop heroes Massive Attack has introduced the singer to an entire new generation of devoted fans. www.myspace.com/horaceandy1

Luciano as the Messenger is an emissary whose work contains important teachings for humanity and who peacefully strives for the betterment of society. As such, his songs have the power to touch the soul, to communicate spiritual truths and uplift our hearts to an unprecedented degree. Jamaican reggae music hasn’t produced such a well-loved figurehead since the days of Bob Marley and Dennis Brown. www.lucianoreggae.com